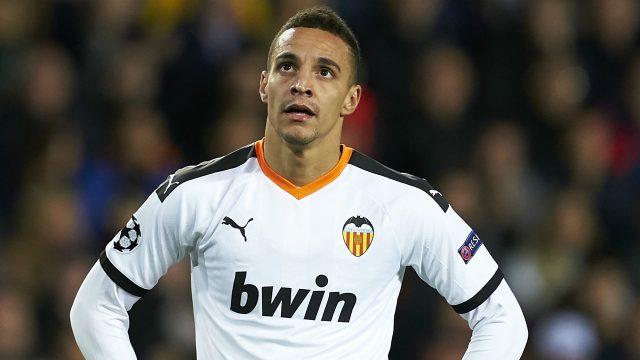 Leeds United are reportedly weighing up an offer for Valencia forward Rodrigo Moreno ahead of the start of the new season.

As per the latest reports from Super Deporte, the newly promoted Premier League side are keen on the services of the Spain international and have already contacted the player’s father over a possible move to England this summer.

This reports comes after transfer guru Gianluca Di Marzio had claimed Leeds chief Andrea Radrizzani had identified the Valencia attacker as a top transfer target ahead of their return to the English top flight.

The Whites are looking to add enough quality to their squad following their return after 16 years absence, and see the 29-year-old as a perfect addition.

Valencia are reported to be in a bit of financial difficulty and have resorted to player sales in a bid to find a solution to their problems.

According Marca, majority of their first team players are believed to be up for sale ahead of the start of the new Spanish La Liga season next month.

Rodrigo was involved goals in 34 appearances for Valencia across all competitions during the 2019/20 season, while also laying on 11 assists in that time.

However, a knee injury along the season ruled him out of the last few games of the La Liga season as Los Che missed out on a spot in Europe for the upcoming season.

The Spanish are believed to be likely to demand a fee of around £36 million for the player who had been linked with a move away from the Mestalla Stadium in the two transfer windows.

Rodrigo has been a key part of the Valencia team since initially joining them on loan from Benfica in 2014, before the deal was made permanent the following year for a fee reported to be £27 million.

His addition to Marcelo Bielsa side will be a huge boost for the forwardline with the league expected to start in three weeks time.