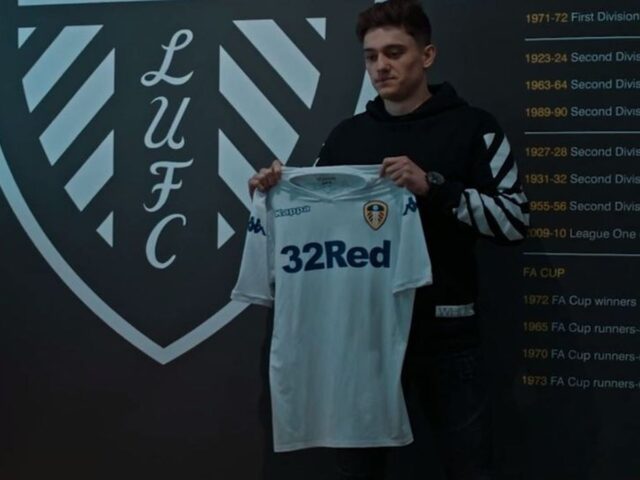 According to a report from Wales Online, Daniel James might be heading out from Old Trafford this summer in search of game time. Leeds United are one of many English clubs interested in him.

Daniel James had surely caught many eyes while having a breakthrough season at Swansea City in the Championship in 2018-29 season which saw him move to Manchester United in 2019 for £15 Million. But ever since his arrival at Old Trafford, the 23 year old has struggled to get consistent game time.

The 23-year-old feels he should get more game time but the current movement at Old Trafford suggests something else for the youngster. According to Wales Online, Daniel James might be loaned out by Manchester United to a Premier League club this summer. Leicester City, Brighton, Aston Villa, and Leeds United are said to be the most interested in signing the upcoming star. The fact that Leeds United are long-time admirers of Daniel James makes them even more ideal for the deal. The Whites were very close at signing Daniel from Swansea city in January 2019. But the deal could not materialize and the Welsh International headed to Old Trafford.

Leeds United have not made any concrete offers so far but they are believed to be constantly monitoring him on the behest of Marcelo Bielsa who is known to be the driving force behind any Leeds United interest in Daniel James. But Leeds having signed Jack Harrison talks a different tale.

It is to be seen how the Whites accommodate Daniel James if the interest is ever concrete enough to bring him in. But according to various reports Leicester City as well as Brighton are currently ahead in the race to sign Daniel James. It would be interesting to see which club lands the upcoming prospect if he is made available by the Red Devils.