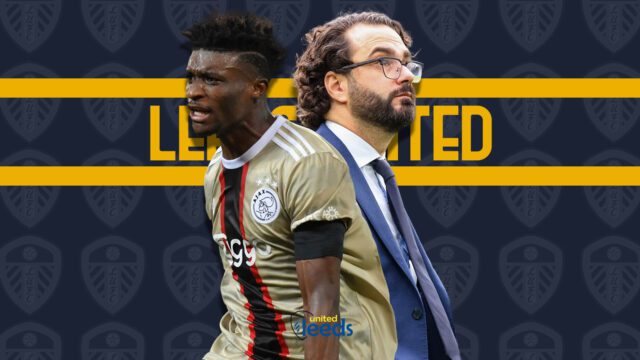 Football clubs rarely get all their transfer targets in one window, and it is no surprise when they miss out on one or two potential signings. Every such miss hurts fans, but it hurts, even more, when the player is a special one. Leeds United are one such club who missed out, in the summer transfer window, on what would be dubbed as a ‘special player’. Despite their busy summer, the club failed to complete the signing of Ajax talent Mohammed Kudus, who is now currently setting the football world alight.

Leeds United have quietly had a pretty decent start to the season so far and it is largely down thanks to their impressive recruitment over the summer. The Peacocks signed eight players to strengthen their squad and give Jesse Marsch a clean slate to work with and so far it seems to be working to some extent. They have had few good performances, and with only 2 losses in 7 so far, the West Yorkshire club are certainly on the rise following a very poor 2021/22 season. Director of Football Victor Orta has done a stellar job, but there is no doubt he will be ruing missing out on Kudus.

Leeds United were reported to be interested in signing the 22-year-old who has impressed at every level since his youth days. Former Ajax coach and current Man United coach Erik ten Hag described him as an incredible player and the Ghana international has also been hailed by teammates as one to watch out for in the future. The Peacocks were reportedly keen on bringing the midfielder to Elland Road as a part of the squad overhaul for new coach Jesse Marsch, with the club hierarchy and Orta believing that he would fit in well with the current crop of players.

However, the Premier League club eventually ended out missing on the central midfielder who was rated by Ajax at a cheap £10 million and that could be one of Victor Orta’s biggest mistakes. Mohammed Kudus has been in a rich vein of form, given a more starring role this season following the departures of important players. He has shown his talent at every given opportunity and his 8 goals and 1 assist from 12 appearances so far are testament to the potential he has. He does not shy away from the big stage, scoring against the likes of Liverpool at Anfield, one of the toughest and most hostile atmospheres in Europe, and Napoli in the Champions League.

Kudus has a similar form in the Eredivisie, scoring 4 goals in 8 appearances. However, his impressive goalscoring form does not tell the whole story. He has made just 2 starts for Ajax in the league this season but has been able to change the game every time he has stepped off the bench. His versatility is another of his attributes which makes him such an attractive prospect. He is comfortable in central midfield, but thrives equally as a false 9, something in which he has been deployed by manager Alfred Schreuder often this season.

Leeds United would have hugely improved if the club were able to complete the signing of Kudus. He fits perfectly into the way Jesse Marsch is striving to play, and at just 22 years of age, he could be ready to take on the Premier League. Leeds might still have a chance to sign the youngster in the future transfer windows, but his performances so far have already caught the attention of top European clubs and if he keeps up this form it will not be long before one of the big sharks snaps him up.