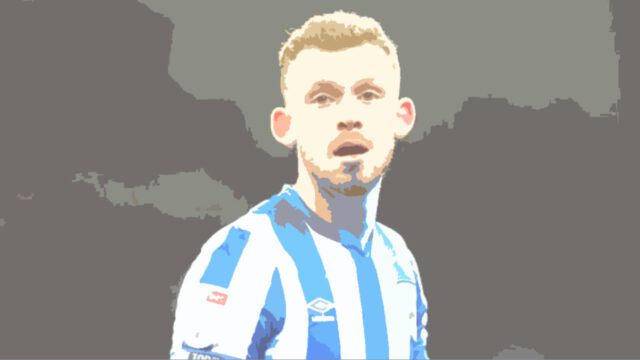 After a disastrous season in the Premier League, Leeds United are already looking for options in the market to bolster their squad. Lewis O’Brien, Leeds’ long-term target since Bielsa’s era is once again on the transfer list of his successor, Jesse Marsch.

Huddersfield Town failed to earn a promotion to the Premier League on Sunday after losing to Nottingham Forest in the Championship play-off final. Experts believe that despite The Terriers’ keen to keep the midfielder at their club, O’Brien will be in demand by a lot of Premier League clubs. In January, the Whites pressed for a deal to relieve some of the pressure on Kalvin Phillips. Although they were reportedly turned off by O’Brien’s £10 million release clause.

The 23-year-old midfielder has been described as a hardworking young player with a knack of tackling in the middle of the park. The Colchester born youngster started all the 43 matches for his club in the Championship and was directly involved in 6 goals this season. The occasional skipper of The Terriers is said to have strong leadership qualities, something United have seriously lacked this season.

Lewis O’Brien might not be the star signing Marsch is looking for but the 23-year-old has had a remarkable season in the Championship and will be looking to try out his luck in the top flight. Kalvin Phillips has been the lone consistent player in Leeds United’s midfield with Klich and Forshaw still finding their mojo.

A solid partner alongside Phillips might actually give Leeds United the stability that they were looking for since their return to the Premier League. Lewis also enjoys superior statistics to some of Leeds’ midfielders. He averages around 2.2 tackles per game as compared to Klich’s 1.4. As compared to Kalvin Phillips’ 58% of successful dribbles, Lewis enjoys 70% of successful dribbles per game. O’Brien averages 7.8 duels win per game as compared to Philips’ 48%.

On paper, Lewis O’Brien is definitely an upgrade in Leeds United’s midfield. With the young age of 23, the said midfielder also has a lot of room for development. O’Brien would be a low-cost addition to Jesse Marsch’s midfield, and the fact that Leeds have pursued him in multiple transfer windows demonstrates their keen interest.