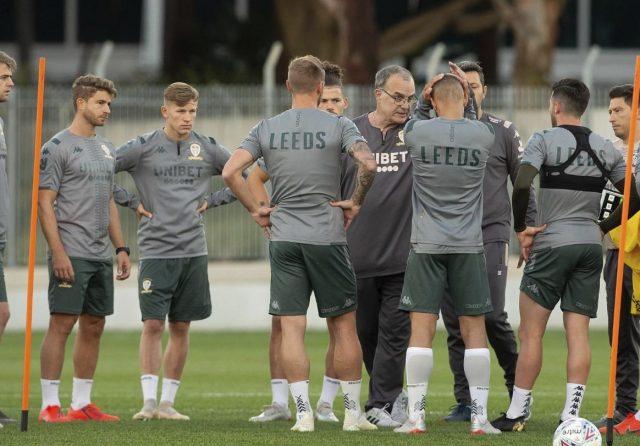 Leeds United will mark their return to the English top flight on Saturday when they travel to Merseyside to face defending champions Liverpool at Anfield.

The Whites will be playing their first Premier League game after 16 years and the game against Liverpool will be a better fixture to mark a great return.

Here, we take a look at how Marcelo Bielsa’s side could lineup against Jurgen Klopp’s record breakers.

After 10 games in the Sky Bet Championship, Leeds decided to make Illan Meslier initial loan spell from Loreint, a permanent one. The youngster is likely to keep his place ahead of the experienced Kiko Casilla.

Luke Ayling could be handed the spot at right-back this season after impressing the same role last season. The Englishman was involved in eight league goals as Leeds won the Championship title – scoring four and assisting a further four.

Liam Cooper is expected to have a new centre-back partner in Robin Koch having seen his side missed out on the permanent signing of Ben White. Koch arrived from Freiburg where he played 32 league games for the Bundesliga side while Cooper played a part in 15 clean sheets for Leeds last season.

Stuart Dallas could also be deployed in the left-back position ahead of Barry Douglas. Dallas played almost all games for Bielsa’s team scoring five and assisting another three.

Kalvin Philips made his England debut recently will once again return to the deep-lying position for club side. The “Yorkshire Pirlo” will be hoping to replicate his form in the previous season once again.

Helder Costa and Jack Harrison will assume the role of the wide players in the 4–1-4-1 formation, which has been the manager’s preferred formation throughout their Championship campaign. The pair were involved directly in 22 goals for Leeds.

While Pablo Hernandez and Mateusz Klich will complete the midfield department for Leeds.

Rodrygo Moreno who was signed from Valencia this summer would be handed the lone striker role in front of the midfielder five. The Spanish international played a part in 11 goals for Valencia in the 2019/20 La Liga season.

Liam Cooper labeled Pascal Struijk as ‘different class’; But what he bring to Leeds United?

Ezgjan Alioski: Can Leeds United persuade the 29-year-old to stay at the club?

Leeds United have increased their global appeal with their return to the Premier...

Liam Cooper labeled Pascal Struijk as ‘different class’; But what he...