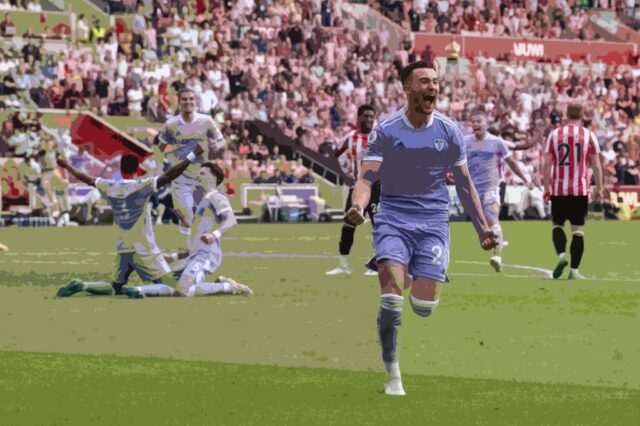 Although some are blaming Marcelo Bielsa and others are perhaps pointing the finger at a lack of transfer activity, it has undoubtedly been a tough second season back in the Premier League for Leeds United. Now, under Jesse Marsch, evident improvements are being made, but there is no disputing the fact that this campaign has been largely spent in a relegation battle down at the bottom of the table.

Of course, most avid Leeds United fans will understand the theory surrounding the dreaded ‘second season syndrome’ and will be pleased the club appears to have retained its Premier League status once again, while others will be wondering why the side has failed to kick on after such an impressive campaign the season before. Now, instead of discussing a potential top 10 finish, the club is heading into a summer of uncertainty and one it simply has to get right in terms of recruitment.

It was some sort of a great escape from this relegation scrap, with a time where multiple Premier League odds were suggesting that there’s a way to go yet before Leeds United fans can relax, and boy were they right. Overall, though, Jesse Marsch has done a solid job since his arrival, especially in terms of making the side tougher to beat and more organised, perhaps best summed up by the excellent clean sheet away at Selhurst Park in hands of Partick Vieira’s Crystal Palace.

Heading into the next season, Marsch will undoubtedly be assessing his troops as he aims to stamp his authority on the club. In terms of standout performers, there haven’t been too many, particularly over the course of the entire campaign. With that in mind, selecting a Player of the Season could divide sections of the fanbase. Unlike last season, where there were a number of top performers, there aren’t as many players competing for the award. Despite this, there are some names in the frame. Let’s take a look at some of them below.

Despite failing to build on last season’s form, Jack Harrison has certainly been one of Leeds United’s better performers, particularly since the arrival of Jesse Marsch, who has been deploying Harrison in a more central and narrower role. There were some very important goals in his eight this season – the most one being the one that helped seal Leeds’ Premier League survival against Brentford the other day.

A much-loved professional among the Leeds United faithful, Stuart Dallas has been ever-present in the side this season, remarkably featuring in every game for the club since promotion from the Championship to England’s top flight. A versatile player with an excellent attitude, the Northern Irishman hasn’t performed to the same level as last season, but he has been an important figure in the side as always, particularly without the likes of Kalvin Phillips for a large part of the season.

Although he hasn’t reached the heights of last season, Raphinha will be in contention for the Player of the Season award. With eleven goals and three assists to his name this season, the Brazilian trickster has been Leeds’ main threat this season, largely due to Patrick Bamford’s absence. His mare presence is enough to take the opponents’ backline on the back-foot and cutting in from the lanes he has been a menace to deal with all season long. His layoff numbers would definitely have been much greater if Patrick had been in the middle with his darting runs – and Elland Road will surely hope this season is not the end to the duo they have proven to be.

Given his horrific time with injuries in the last two years, the October return of Adam Forshaw was somewhat unexpected, especially given his performances. After forcing his way back into United’s plans, Forshaw has shown that he is a Premier League calibre midfielder. It would certainly be fitting for Forshaw should he win the award, given his remarkable comeback from injury. Adam Forshaw came into the midfield when Leeds were getting run over in the middle and it was more of a direct play – although he proved to be a much more clinical web at the heart of the park. Not a distinguished choice for Player of the season, but certainly someone fans will have to think about putting in a vote for.