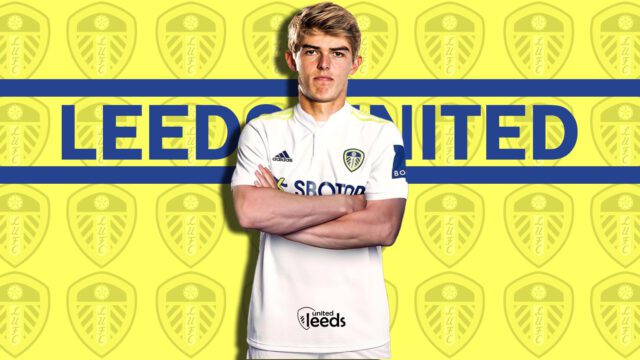 Charles De Ketelaere has been a name that has made quite some noise around Elland Road over the past couple of weeks, with reports around Leeds United potentially considering him as a Raphinha replacement making strides on multiple social media. This one can be an exciting arrival for Leeds, as he is someone that has raised interest from some of the biggest clubs around Europe and getting a look at him – even if he were to use Leeds as a stepping stone – will be an exciting prospect for the Leeds fans on the stands and back home.

The Belgian has been dubbed around Kevin De Bruyne for his ingenuity and skills on the ball. De Ketelaere has netted fourteen goals and further laid off seven assists during the 2021/22 campaign, and beyond that, he showed intelligence not only on the ball but also about using the space off it – which makes him a needed fit in Jesse Marsch’s way of ball at Leeds.

Alongside Leeds, Leicester City are said to have been circling around him with the Italian champions in AC Milan are considering him with a position of intent as well. However, the Yorkshire side has an upper hand already as they are willing to take the first steps as there were reports around the weekend that Leeds United are considering putting in a bid this week.

Today, Alexandre Braeckman reported that Leeds United will open the bid for Charles De Ketelaere for a firm £25.8m (€30m) offer. Though that should not be enough to convince Club Brugge to sell, as the Belgian side are said to be holding out for €40m.

“Leeds is about to submit a first €30m bid, it could be done in the next days, but I can’t tell exactly when. Bruges is expecting €40m, though. They know they could have a huge amount of money for this player. It could easily be the biggest transfer of the Belgian football (currently €27m for Jonathan David, from Gent to Lille),” Braeckman told MOT Leeds News.

Charles De Ketelaere should not be an out-and-out Raphinha replacement, and will rather fill that position upfront or as a second striker. Leeds were left in thin of things when Patrick Bamford was out injured with the short of striking options and if Orta can pull it off – will be a huge coup for the men from West Yorkshire.

Bringing him to Elland Road and England will need some convincing as the Belgian, at the moment, prefers a move to Italy with AC Milan. Given the way the Reds from Milan played last season under Stefano Pioli, it’s easy to reason upon his preferences. Leeds does offer an opportunity to play in the Premier League, and many players before has chose to go about to play in the English first tier.

And as much as Milan presents, Leeds can definitely help him announce himself on the big stage. It’s time for Leeds to act fast, and act decisively.