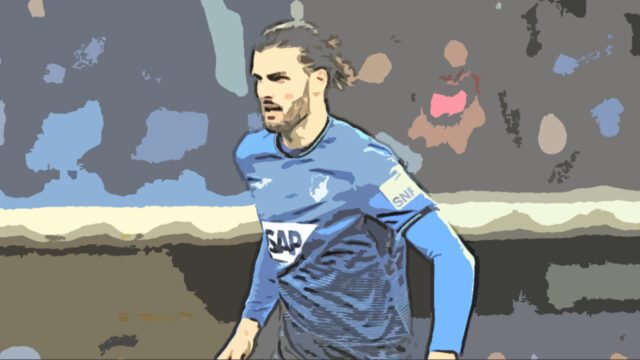 TSG Hoffenheim midfielder Florian Grillitsch has rejected a new offer from the club to extend his current deal which expires this summer. Described as “exceptionally gifted” by the German club’s director Alexander Rosen, the player is keen to switch clubs this summer. Plenty of clubs are interested in securing the signing of the versatile midfielder who can also play as a centre-back this summer transfer window with Leeds United, Arsenal, Lazio, Fiorentina, AS Roma and Everton looking to lure the Austrian.

According to transfer insider Dean Jones, Grillitsch is a target for Leeds even if Kalvin Philipps stays at the club. According to sources in Italy, Fiorentina have a verbal agreement with the player but the ever-reliable Fabrizio Romano refuted these reports stating ‘no verbal agreement has been reached between the player and the Serie A club.’

This is certainly a boost for Jesse Marsch and co. who want to make Grillitsch their 3rd signing of the summer transfer window after already completing the transfers of Brenden Aaronson and Rasmus Kristensen.

Victor Orta, the Director of Football at Leeds, is certainly delivering Jesse Marsch’s targets this window with the Peacocks reportedly close to signing Marc Roca from Bayern Munich. The signing of another midfielder in the form of Grillitsch certainly means Leeds are preparing for life after Kalvin Phillips who is on Manchester City’s radar. The 26-year-old can even play as a center-back for Jesse Marsch and could be a great utility player at Elland Road. The American is certainly building a strong side for next season with the Leeds faithful expecting great things from the team.