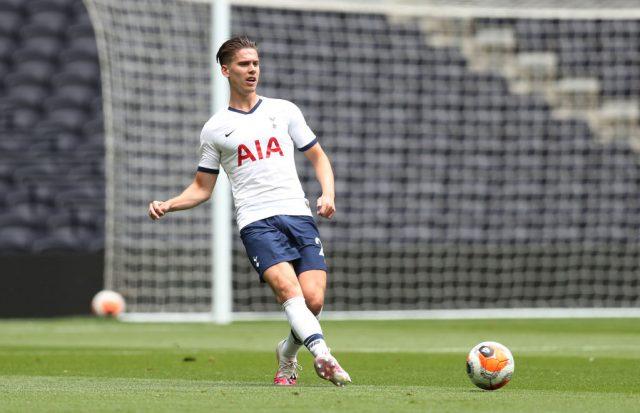 Leeds United are reportedly considering an approach for Tottenham’s Juan Foyth ahead of their return to the Premier League.

The youngster has dropped down the pecking order at the Tottenham Hotspur Stadium since the appointment of Jose Mourinho as the club’s manager.

Foyth only managed four Premier League appearances during the 2019/20 campaign, which is said to have made him frustrated.

Per reports from The Sun, Marcelo Bielsa’s team are weighing up a move for the Argentina international and are hopeful a fee of around £15 million will be enough to price him away from Tottenham. Leeds are already looking at strengthening their squad for next season, and the Argentine manager is said to keen on linking up with his fellow countryman.

With Ben White’s future uncertain, the Peacocks will reportedly attempt to sign the Tottenham star regardless of White’s future at Elland Road (is made permanent or not).

The latter was a key part of Leeds’ promotion into the Premier League as well as winning the Sky Bet Championship in the 2019/20 season as he joined on loan from Brighton & Hove Albion.

However, the south coast outfit are not willing to go off the young central defender, with Graham Potter already outlining plans for him at the Amex Stadium.

Foyth enjoyed a considering amount of playing time under former manager Mauricio Pochettino but has found game time hard to come by under Jose Mourinho and could be force to move on this summer.

He has just under two years left to run on his current deal with Tottenham and the coming weeks could play a crucial part in any decision, knowing that Leeds United are likely to guarantee him enough chances.