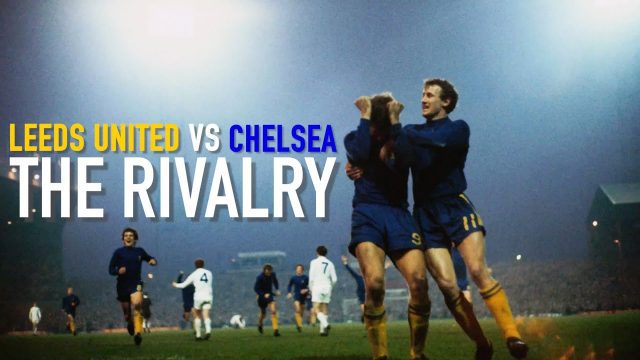 Why Leeds vs Chelsea rivalry mean more than just another football match.

West London and West Yorkshire might be 200 miles apart, but the rivalry between Chelsea and Leeds goes beyond that distance. A rivalry that a generation of both sets of supporters has missed, reignited after a 16-year wait once again.

A series of games enough to spark a filthy rivalry between the two sets of supporters, it’s Leeds United vs Chelsea in the Premier League once again.

The rivalry spans way back to when both clubs were still trying to earn promotion to the top flight in the Spring of 1963, Chelsea just edged out Leeds United in the bid for promotion. When the two sides met in the League a season later, things started to get bitter. That was the beginning of a bitter battle, but they hadn’t become full-blown rivals yet.

Between 1970-71 the clubs played each other 6 times in 7 months, including a FA Cup final that had to be re-played. The FA Cup final replay was a brutal affair, players on both sides almost assaulting each other.

If that Cup Final replay was played in the modern era, 11 players would’ve sent off such was the sheer bitterness of the still memorable Cup final. Referee Eric Jennings who officiated both games only got his Yellow card out on one occasion.

Chelsea won the Replay 2-1 after the first Cup final ended in a 2-2 draw. That game was also the only televised domestic match that season. So when the second leg of the Cup final approached around 28 million people tuned in – a record that still stands for an English Club game.

Leeds United won the FA Cup the following season in 1971, and finished runners-up in the European Cup Winners Cup in 1973, while 1975 saw them reach the Final of the Champions League.

The two clubs soon fell off the top perch and were not part of the English Top flight. They met rarely through the rest of the 1970s. But the enemies came eye to eye again, seeking promotion into the English First Division at the expense of the other. In 1984 Chelsea thumped Leeds 5-0 to secure promotion.

The Whites asserted their dominance in the 1990s winning the English Premiership in 1991. Their dominance continued into the early 2000s reaching the Semi-Finals of the Champions League before their financial meltdown and poor mismanagement saw them slip down to the Championship. With most of their best players leaving, some of them to bitter rivals.

They have since tried and waited patiently to get back into the Premier League, 16 years in the making, a return that has brought with it showers of History, rivalries that were buried beneath the sand have been washed away by the tide of the new season.