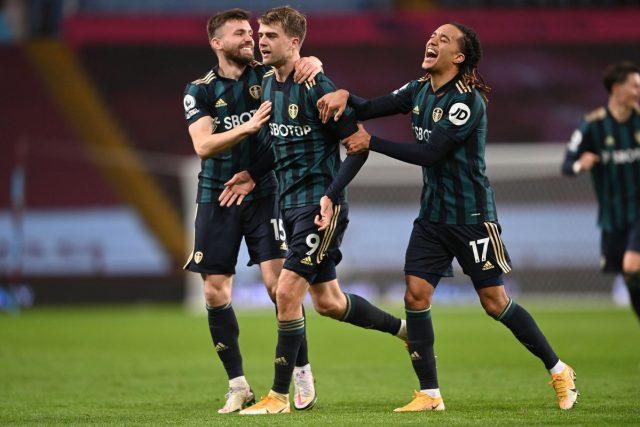 Leeds United who trashed Aston Villa in their last Premier League game at Villa Park, will look to continue their good run of form as they host Leicester City at Elland Road on Monday.

The Whites who have amassed 10 points from the games played so far, are proving to be a thorn in the flesh of other teams with the brand of football played under Marcelo Bielsa.

Both Leeds and Leicester City come into this game on the back of away wins in the Premier League against Aston Villa and Arsenal respectively, while Leicester followed it up with another away victory in the Europa League.

Brendan Rodgers did a good job last season and is already doing so again with key players out injured. His ability to make use of the players he has presently at his disposal and carving out results has helped team a lot. How he fares against the meticulous and “down-to-details” Bielsa will either make or mar the result for his team.

Marcelo Bielsa spoke glowingly of Vardy in his pre-match conference, but he said he won’t make wholesale changes to his system in order negate the striker’s efficiency.

“Leicester are a team who manage the ball well and they have a spirit to attack,” said Bielsa. “Vardy is a very good player, who scores lots of goals and he’s very quick.

“Of course, we take into account all the characteristics of the opponent’s attackers, but there is not going to be any particular change with that in mind.”

Elland Road is expecting a good game filled with goals on Monday night.

Leeds will welcome their captain Liam Cooper back from injury to the team. Though, Diego Llorente and Kalvin Phillips are still out injured, Cooper’s availability strengthen the defense and move Luke Ayling back to his right back position, where he helps in attack with his overlapping runs.

They are well stocked in the attack to take on the Leicester City defense line who will miss many players due to injury. With Soyuncu, Ndidi, Pereira, Castagne, Amartey and Evans (Doubtful) out injured, how the defense will fare against Leeds top striker, Patrick Bamford, Rodrigo and the wingers will determine the outcome of the game.

In Jamie Vardy, Leicester City have a potent striker who is getting better with age. His explosive pace and finishing has been of immense help to the team. He recently returned from injury against Arsenal and got the winning goal. He will be a good test for the Liam Cooper and Robin Koch.

Leicester City who also have James Maddison out with calf injury, have Barnes, Albrighton, Tielemans and Iheanacho to support Vardy in getting the maximum points at Elland Road.