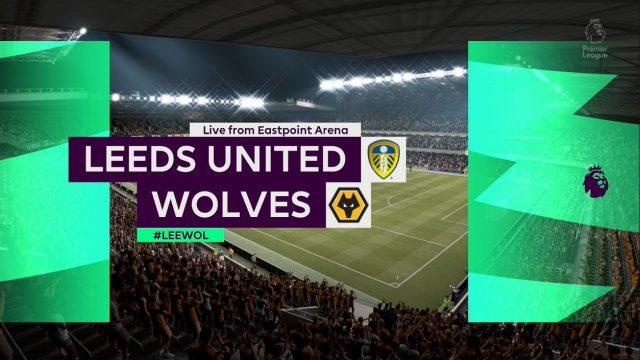 Premier League football is back after a brief international break. Manchester United look better after the break while Everton can’t seem to lose any matches just yet. That said, coming Monday will see Leeds United back in action against the Wolves.

Talking about form, Leeds United would be high on confidence after managing a draw in their last game against Manchester City. Not to forget, their only loss so far in the season came against a red hot Liverpool who themselves had to suffer an ugly defeat at the hands of Aston Villa.

The other factor that might provide Leeds a boost is the indifferent form of Wolves who have not looked very convincing with their performances. An early exit in just the second round of EFL cup against Stoke City has surely dampened their spirits. What followed after that was even worse as they conceded a total of seven goals in their next two Premier League fixtures against Manchester City and West Ham United.

Going into the match Raul Jimenez will understand the amount of pressure on him to deliver goals up front. The absence of Diego Jota has been evident but Leeds will have to be vary of Adama Traore down the flanks.

Patrick Bamford, on the other hand, has found the back of the net very frequently this season. Accompanying him would be Rodrigo who did well for Spain during the international break while also scoring for his country.

On the defensive front, Leeds have been very tight whereas Wolves have had a forgettable run so far. The stats are very well stacked against the Wolves who did very well last season to finish seventh in the league.

Leeds would have a psychological advantage going into the game but this is the year where unexpected events cannot be ruled out.