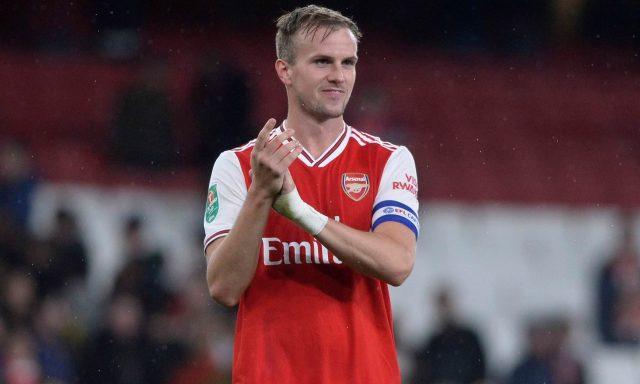 Leeds United are reportedly ready to step up their interest in Arsenal central defender Rob Holding ahead the start of the 2020/21 campaign.

The Whites are looking to strengthen their defensive options upon their return to the Premier League and have identified the Arsenal defender as a possible solution.

Per reports from the Daily Star, Marcelo Bielsa’s side are ready to look elsewhere for defensive additions after seeing three bids turned down by Brighton & Hove Albion for defender Ben White.

Having had a successful loan spell at the Elland Road during the 2019/20 season in the Sky Bet Championship, Leeds were keen on making his deal a permanent one.

White formed a good partnership with Liam Cooper at the heart of the Leeds defense last season in the Championship and the club were hoping to form the same combination in the top-flight.

However, Brighton are not prepared to let go off one their brightest young players as they moment as they plan to make a part of their first team for the upcoming season.

Leeds have therefore turned their attention to holding as they look all but given up on the young Englishman.

Holding is believed to have been transfer listed by the north London outfit ahead of the new season, with the likes of William Saliba and Gabriel Magalhaes expected to join the Gunners for next season.

The 24-year-old has dropped down the pecking order at the Emirates Stadium and has found first team opportunities coming his way at a snail’s pace.

The England international joined Arsenal in the summer of 2016 under the management of Arsene Wenger. He managed just 23 appearances for Mikel Arteta’s team during the 2019/20 campaign.

He started just six Premier League games, with a further two coming off the bench while his only goal of the season came in the Carabao Cup win over Nottingham Forest back in September last year.