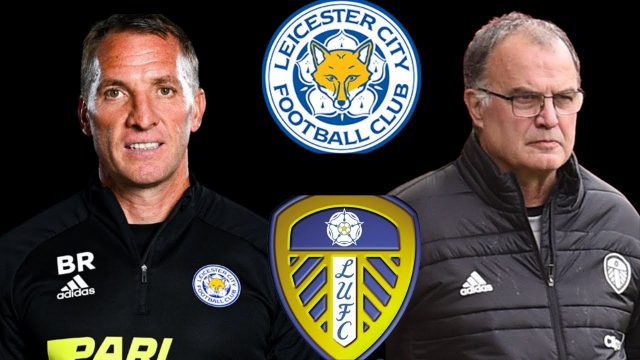 Leeds United will travel to the King Power Stadium to face Leicester City at the weekend.

Leicester City will hope to continue their title challenge as they are only two points behind league leaders Manchester City. The Foxes are currently on a 9 game unbeaten run and are hoping to extend it against Marcelo Bielsa’s pressing machines.

They drew against an Everton side who were awarded the lead after a wonder strike from James Rodriguez in the 30th minute. Later on, Youri Tielemans rescued a point for the Foxes to extend their unbeaten run.

Brendan Rodgers’ side will be without their main man Jamie Vardy & Wilfred Ndidi to face Leeds United but will certainly rely upon the likes of Harvey Barnes, James Maddison and Perez for goals.

On the other hand, Leeds United will look to get back to winning ways following an impressive performance against Newcastle United last gameweek. The Whites earned an important win against the Magpies thanks to a wonderful display by Raphinha who scored 1 goal and assisted the other for Jack Harrison who sealed the win to give his side their 8th win of the campaign.

Marcelo Bielsa gave an injury update of his squad to the media. He said: “Diego Llorente has a muscular injury and he will be out of the team for three or four weeks. We’re all trying to help him and support him through this injury.

“After every game, there are always knocks. As the game gets closer we find out the severity of whether they will be able to play in this game. At the moment, there are no new players with any injuries.”

Leicester City currently sits third in a tight looking title challenge but a win for the Foxes and a slip up for the other challengers will take them on top of the league once more. The last time these 2 sides played each other Leicester City emerged as the dominant side beating Leeds 4-1 and will look to do a double over them for the first time in 16 years.

Bielsa couldn’t hold back his praise for Leicester’s performance against Everton and their style of play. He said, “In their game against Everton, they were the protagonists throughout. They had a style where they circulated the ball very quickly and a marked offensive style. They play to try and attack, and position themselves in the opposition half.

“I think what stands out the most is the way they combine and elaborate to attack, that’s the most dangerous thing about them.”

Patrick Bamford could make a big statement against Leicester City

Leeds United will have to be wary of Leicester who have been in such good form recently and are also potential title challengers. Therefore there could be no room for any mistakes and missed opportunities.

Bamford will have to be more clinical and deadly with his finishing as he is currently 3 games without a goal or an assist in the Premier League but a striker of his quality can definitely provide the goods for his side. With no Jamie Vardy for the Foxes, Bamford will look to steal the spotlight as he eagerly awaits his England call-up and will look to increase his goal tally as he aims for the Premier League Golden boot.

It should be an intense match with lots of goals coming our way as the two experienced and clever managers go head-to-head for the 3 points.