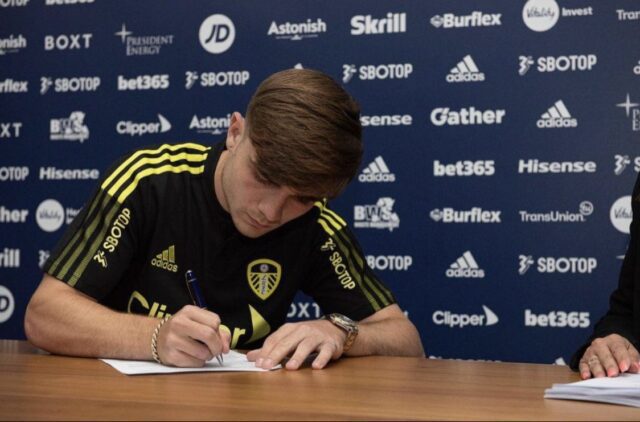 Leeds United have completed their fifth signing of the summer in the form of Lewis Bate from Chelsea. The 18-year-old has joined the Whites in a three-year deal for an undisclosed fee.

Lewis Bate was entering into his final year on contract and the blues finally made the decision to let the teenager go after he refused to prolong his stay at the club. The 18-year-old rejected a new contract from the Blues. Chelsea have initiated a sell-on clause in the deal which would see them earn a certain percentage should Leeds United sell him in the future. However, the blues have not initiated any buy-back clause for the highly-rated youngster.

Delighted to have joined this club⚽️ Can’t wait to get started💛💙 #MOT pic.twitter.com/haoCS7FlBe

Lewis Bate joined the Blues academy at the age of 8 starting from the Under 9 level and setup of the club. Since then he has performed brilliantly for his respective team and has worked his way through the ranks in the club. He has significantly played for U18 and U23 teams of the club for quite some time now.

The youngster made 20 appearances for the Chelsea U23 team in PL2 Division 1 last season. Subsequently, he also played 1 match for the U18 team and 2 matches for the U21 team in the Football League Trophy tournament.

Many clubs in England were said to be scouting him. He had caught a lot of attention with his performances in the U23 team last season. One of those clubs was Leeds United. Lewis was a target for the Whites for their U23 team. They initially held talks with Lewis and his representatives at the beginning of the summer and Leeds United have now officially signed their man.

Lewis Bate upon arrival will link up with the U23 squad of Leeds United. Lewis upon joining the whites shared a thank you note tagging Chelsea on Twitter. While in another post Lewis stated that he is delighted to join Leeds United and he can’t wait to get started.