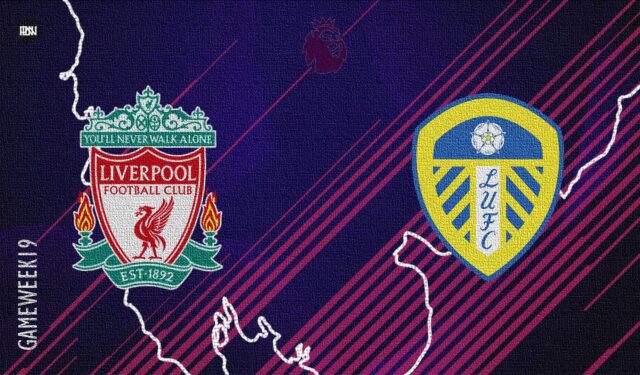 Jurgen Klopp martials his men as The Reds host Leeds United in the clash between the two teams in the Premier League, at Anfield, on Wednesday.

The two sides lock horns again after their earlier meeting back in September, at Elland Road. Liverpool came out on top after a pretty convincing display. Reds won 3-0, away from home. Going into the match on Wednesday, Klopp and co will be favoured to repeat the heroics again at the home ground, as they did away from home.

Meanwhile, Marcelo Bielsa would be wary of the fact that it’s one of the most difficult challenges to face Liverpool. Given the form the Reds are in, let alone facing them at Anfield, has not made the task any easier.

The last time they faced each other

While Leeds are much predictable under Marcelo Bielsa, it was not to be when they faced Liverpool, back in September, in Premier League this season.

Jurgen Klopp’s men travelled all the way to Leeds, only to beat them 3 goals to nil, in a horror show for the home side in front of thousands of hopeful fans. The performances of both of the teams were reflective of their form going into the game.

Leeds were never in the game. It was an utterly dominating performance from Liverpool. It is never easy to be an away side, and dominate the whole proceedings. But, Klopp’s men never took off the foot from the gas until the final whistle was blown. They dominated possession. They attempted more shots on the opponent’s goal than their opposition.

It was a clean sweep for Jurgen Klopp and Liverpool the last they faced Bielsa’s troops. While the Reds will be expecting a similar kind of result at home ground this time, the travelling Leeds fans will be eyeing for a spirited performance from their side.

How can Leeds hurt Klopp and his tactics

Liverpool go in the matchday, on Wednesday, with 8 wins on the trot across all competitions. It is not a fluke when you’re in such an explosive form. But even during this run, they have had some moments that they might want to forget. The recent spectacle was their match-up against Norwich, where they avoided the scare while trailing in the second half.

Marcelo Bielsa will look to work on these low moments to hit the in-form Reds. The Argentinian will surely look to exploit the defensive highline of his counterpart German’s team. Liverpool, recently, have been keeping a very high defense. Often exploiting their custodian, Alisson – who has been superb between the sticks this season. It was also visible in the last game, where Norwich looked as if they’ll score on more than a couple of occasions, if not for Alisson.

Leeds United have the pace on the counter that can hurt big teams. If not that, then they have their own version of a magician in Raphinha. The Brazilian will be urged by his manager to thread in passes forward for his teammates to score. Overall, if Leeds are to expect anything from the game they need to be on their toes and cannot even risk a slip-up. From being organized at the back to being ready to hit on the break-up front, the balance should be there in order to beat this Liverpool side – who will look to win the game to go within 3 points of the leaders, Manchester City.

Mo Salah will be a threat in himself, let alone the whole Liverpool side

It shouldn’t come as a surprise if it got reported that Bielsa worked more on stopping Salah than he did on Liverpool coming into the game on Wednesday. And why not so?! I mean the Egyptian has been in such tremendous form this season that it is hard not to include him in your team talks, as a manager. Since his return from the AFCON, he has already scored 2 goals – both of them coming in the last 2 games. He has continued where he left from.

While this season has been a spectacle to Salah’s brilliance. It has been accompanied by Liverpool’s great form as well. From setting up the Egyptian to score, to getting at the end of his passes. Teammates have been greatly supportive in Salah’s rise. He already is leading the top scorers’ chart, with 17 goals throughout the league campaign so far. Whereas, he has also assisted another 9 goals for his teammates in the Premier League this season. These stats add up to a total of 26 goal contributions in just 23 league games. Not to ignore the fact the Egyptian left almost 3-4 weeks of club football action, due to the AFCONs.

Jurgen Klopp will be more relaxed than the two managers, going in the matchday on Wednesday. Salah’s scoring looks more or less inevitable as the kick-off is nearing. As for Bielsa’s men, they have a mammoth task of stopping the Egyptian while looking to scratch a result out of the game.

Jurgen Klopp will be without Firmino (out with the muscular issue) and Jota, losing both of his forwards to injury issues. While there are no other fresh concerns for the squad to worry about. Klopp would have loved to have the two in-form players with him ahead of the clash.

It is likely that Divock Origi could be handed a rare start, given the center forwards’ dilemma for the Reds.

As for the away camp, Koch will be out of contention for the upcoming clash amid concussion fear. The German collided with Scott McTominay in Leeds’ last game against United.

While Greenwood, Bamford, Kalvin Phillips and Liam Cooper remain out of the action, Bielsa will surely call Raphinha back into the squad, after ditching the Brazilian in the matchup against United.