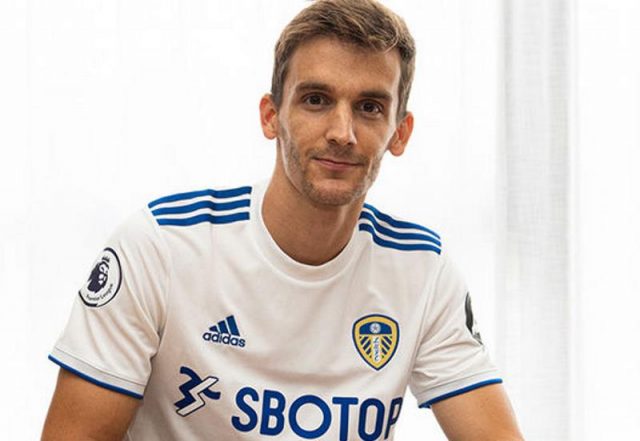 After a difficult start to life in England, Diego Llorente has come to his potent in the defence and has become an indispensable figure in Marcelo Bielsa’s backline.

Leeds United, for a club, promoted back to the big time has been incredibly good on the attacking front. However, they have been equally poor defensively and have all the frailties of a club that just got promoted to the Premier League. Marcelo Bielsa was aware of this defensive issue of his team, courtesy of which, Leeds United went out in the summer and splashed £18million for Diego Llorente, the Spanish center-back who had long impressed with his performances at Real Sociedad.

Move to England was a big step in Llorente’s career, having never left Spain. Diego started in Real Madrid’s ranks before establishing himself in heart of the defence with Los Txuri-Urdin’s.

Owing to his impressive performances for Sociedad, he was linked with a move away for a reasonable time but nothing materialised till Leeds came calling.

MUST READ: Diego Llorente to solve Leeds United’s problems at the back

Talking with MARCA, Diego revealed he was left with little to think when Leeds offer was presented in the summer.

“I was focused on Real Sociedad when the offer from Leeds arrived, and I met with Victor Orta. They showed me the style of play and how my characteristics could be adjusted… When I left the presentation, I had little to think about,” Llorente told MARCA.

“I had always dreamed of playing in the Premiership, and in other years I had had offers, but I wanted to take the right step and this time it was clear. Besides, Leeds is a historic club that since years ago has not been able to be where it deserves to be, but that has a very ambitious project.”

Moving to Leeds United also has a big trump card in getting an opportunity to work with Marcelo Bielsa. While there are many people in Yorkshire and England who love the Argentine, there remain few of them who don’t. And Llorente is in the former camp.

“I had some references about him, but everything they can tell you is an understatement. He is a very meticulous coach, very rigorous and very passionate in everything he does.

“In terms of expressing his passion and his style of play, I have never had a coach who has done it so well or with such frankness. I know he is a coach who is going to mark me, and I try to learn as much as possible on and off the pitch.”