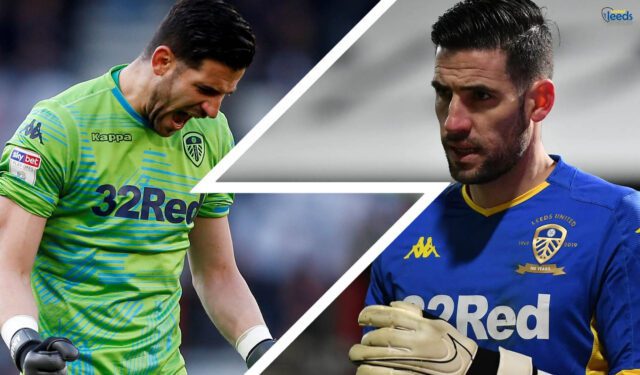 Kiko Casilla is not happy with the situation at Leeds United and he very well understands that he will not be handed out the No.1 spot in the presence of Illan Meslier at Elland Road. Due to this, Casilla is known to have made the decision of leaving the club and is inching towards agreeing on a loan deal with the Spanish club Elche CF. The loan deal is said to have an option to buy after a one-year period.

Casilla joined Leeds United from Real Madrid in 2019 and has so far made 56 appearances for the Whites. The Spanish International was a key part of the team that won the championship in the 2019-20 season which then saw the whites returning to the Premier League after a very long wait of 16 years.

But the recent times haven’t been good for the 34-year-old keeper. He was charged with racially abusing Jonathan Leko during a match and was handed an 8 match ban upon thorough investigation of the incident. The 21-year-old Illan Meslier got the chance to feature in the starting XI in Kiko’s absence. He impressed the club with his performances and took over as the Number Uno. This subsequently saw Kiko being pushed to the bench and since the incident, he has featured only four times in the starting lineup.

The situation has led to Kiko forcing a move away from the club. His deal to Elche might be completed in a matter of days. The additional reason for his move to Spain is also said to be his desire to move near his family as his family resides in Spain.

But this move has brought a huge headache for the Leeds United Management who now have to look for a new Goalkeeper. Leeds United have already completed four signings in the form of Amari Miller, Jack Harrison, Junior Firpo, and Sean McGurk. NOT TO FORGET; Leeds also have a budding keeper in Elia Caprile, who can be trusted with that backup spot.