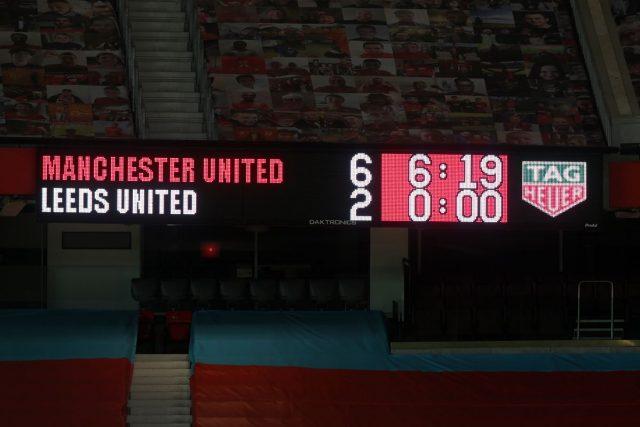 In a game to forget for Bielsa & Co. as Manchester United beat Leeds 6-2 after goals from McTominay, Lindelof, Bruno Fernandes and Daniel James helped The Red Devils climb on to 3rd place in the League table just behind Leicester City and Liverpool with one game in hand.

Solskjaer made 5 changes to the squad with David De Gea coming in for Dean Henderson in goal and surprisingly Daniel James started against the team his transfer deal collapsed, but later joined Manchester United. Marcelo Bielsa didn’t make any changes to his starting 11 which is not a surprise to anyone after they beat Newcastle last match day with ease.

United put Leeds on the backfoot early on after Scott McTominay scored 2 goals for Manchester United within 3 minutes. He is the first player to score 2 goals in the first 3 minutes. Leeds United’s first half went from bad to worse as they conceded 2 more goals before half time which were scored by Bruno Fernandes and Daniel James to put the Manchester side in the driving seat, but Liam Cooper got one goal back for his team before moving into half-time.

Leeds showed positive signs as they tested De Gea with decent efforts but couldn’t find the back of the net with the Spaniard saving providing some brilliant saves. In the 66th minute, Scott McTominay found Daniel James with a beautiful through pass who scored past the Leeds keeper Meslier with ease.

Just four minutes later Martial won a penalty which was converted confidently by Bruno Fernandes from the spot. Bruno Fernandes has been involved in 28 goals in 27 Premier league appearances for Manchester United.

United lead 6-1 until Stuart Dallas added another goal for the visitors with a stunning strike into the top corner. The match ended 6-2 with Manchester United comfortably beating Leeds to set their sights on a title challenge.

Leeds United next face Burnley at Ellan Road with extra day rest and points to ponder upon while Manchester United will face Everton in the EFL Quarter Finals.