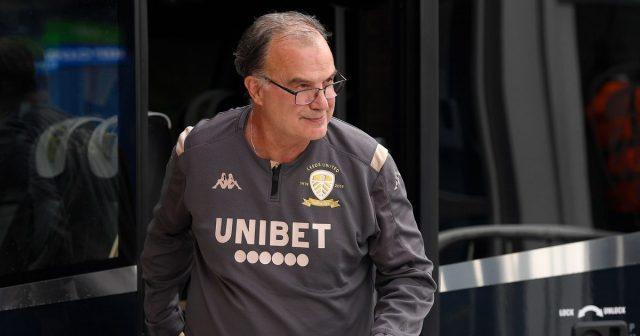 Marcelo Bielsa dodged questions concerning his future at Leeds United after their 3-1 win over Derby County, insisting that was not the moment to talk about his future.

The Argentine has powered the Championship side to promotion into the Premier League after their 16 years exile from the top-flight.

Leeds who were also crowned the Sky Bet Championship winners on Saturday followed their triumph with their 27th win of the 2019/20 league campaign.

“I don’t want to put the focus on me because all I said before,” said Bielsa, who made seven changes to the side which started in Thursday’s home win against Barnsley. “Obviously, I think this. I think everything linked with me, right now, it’s not the moment to talk about this.

👏 Legends! Each and every one! pic.twitter.com/rGtvtIFlGP

“It’s a moment to say thanks to our players. To give this achievement to our supporters. Say thanks to the club and the authority for all they allow us to do.”

The deal signed with the Peacocks when Bielsa arrived at the Elland Road in 2018 gave the club the option to trigger an extension at the end of each season for the next three seasons.

Former Athletic Bilbao manager’s future has been among the circulating issues for discussion amid the supporters’ celebrations since gaining promotion on Friday.

Championship title adds to the silverware collection of Bielsa who won gold medal with Argentina at the 2004 Olympics as well as winning a league title with Newell’s Old Boys in 1991.

💬 “It really makes me happy the fact that I was part of this process with this group of players” https://t.co/ml49hJp2jR

“Of course the trophy makes me happy, but I’ve worked in football for 35 years and one title doesn’t change a lot,” Bielsa said. “It really makes me happy. It’s the fact I did it with this group of players across two years. More than the capacity of this experience. Promotion was the capacity of our players.

“We played a lot of matches in pre-season with around 15 players. The capacity of the group solved every situation that happened. The prize has to be for the players.”

In the game against 12th-placed Derby, Pablo Hernandez and Jamie Shackleton’s first senior goal for Leeds saw them overcome an early strike from Chris Martin before Matthew Clark put the ball into his own net to give the away side 3-1 win.