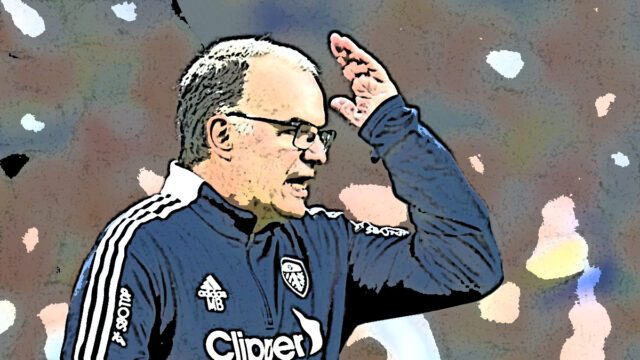 According to the Spanish news outlet El Destape, Marcelo Bielsa rejected Burnley’s request to appoint him the Clarets’ next manager following Sean Dyche’s dismissal. The English team has had a disastrous season, with their six-year Premier League survival in jeopardy as they sit in 16th position.

Burnley fired Sean Dyche after nine and a half years in charge, with the club’s leadership sacking the Englishman owing to the club’s dismal Premier League performance this season.

Marcelo Bielsa had the same fate at Leeds United when the Argentine was shown the door in February after the Peacocks were only two points above the drop zone. “This has been the toughest choice I have had to make,” Leeds United’s chairman and the owner said of the decision to fire the 66-year-old.

Bielsa has not taken up another job since his traumatic dismissal at Elland Road, and according to El Destape, numerous teams approached him, with Burnley being one among them. According to reports, the former Athletic Bilbao coach spurned some of the offers and turned down a number of others. According to the source, Bielsa got “many proposals”, but none of them could persuade the 66-year-old.

The reason for Bielsa’s decision to not take the position at Turf Moor has not been revealed, other than the fact that he did not want to take on another relegation struggle or because of his commitment to Leeds United, whom he would have to compete against at Burnley.

The Clarets may have to continue with interim manager Mike Jackson until the conclusion of the season before looking for another manager or appointing Jackson permanently. According to Telegraph Sport, ex-Manchester City captain and veteran Vincent Kompany, who is currently the manager of RSC Anderlecht, is a name on the managerial shortlist for the hot seat at Turf Moor.