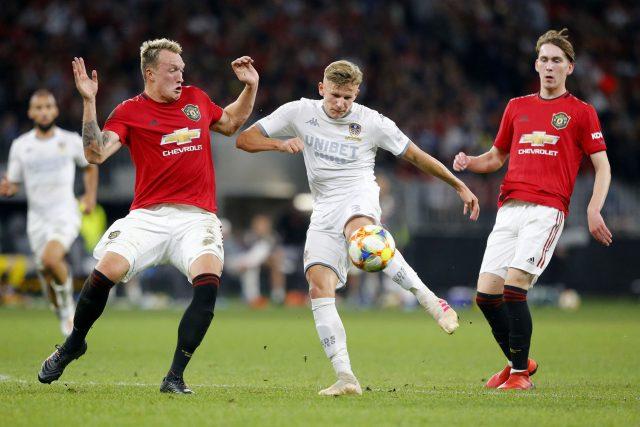 With just three fixtures remaining in the Championship, Leeds are in pole position to be promoted, and need just four more points from a possible nine, to ensure that they play in the top-flight next season.

Leeds manager Marco Bielsa talked about Bogusz in his post-match conference after their 1-0 win over Swansea City on Sunday. 18-year-old Mateusz Bogusz was named on the bench as an unused substitute, and was included in the match squad for the first time since back in November.

Bielsa talked about Bogusz’s progress in training and how he earned a place in the squad, “He is growing in training. He’s an offensive playmaker. I thought he would be an option for today’s match. He is more offensive than Shackleton and Gotts. For this reason, I considered him in case we needed him in the match.”

Earlier in May, Bogusz, still waiting to make his debut in the Championship had conveyed his feelings about the lack of game time while talking to Polish outlet Meczyki, and revealed that he felt he was ready for more action.

“I’m angry that I don’t get a chance. But looking at development and how to train here, I can honestly tell you – I feel that I have developed amazingly, for example when it comes to endurance. I could jump in, play 90 minutes, face such an effort as a player from the first team and there would be no problem.”

The teenager also revealed that he was considering a move to a different team, but was refused by the club, “I considered it, but the club didn’t want to agree. But later I also noticed that the work I do here will bring great results someday. I just don’t know when. I talked a lot about it with Klich, with others and they said that such a coach, such preparation as now, I may not have in my entire career. If it’s hard, then it can only be easier.”

The Polish international started his youth career in Ruch Chorzów, and signed for Leeds United in January 2019. He did not make a single appearance for the senior side that season, despite impressive performances for the U-23s.

After a fantastic pre-season, many fans expected the youngster to make his debut in the league soon, but Bogusz has played just one game for the club so far against Stoke in the League Cup.

His fellow Polish teammate, Mateusz Klich also spoke highly of the youngster earlier this season, “When he trains with us I always try to help him. It’s not like I can give him any advice because he’s 17 and going to probably be better than me! If he needs anything, I am here for him.”

What the Poland Under-21 international needs right now, is a loan somewhere else in the Championship, where he can get the game-time needed for his development, and Leeds need to find the right club to pick out for a player who has genuine potential.