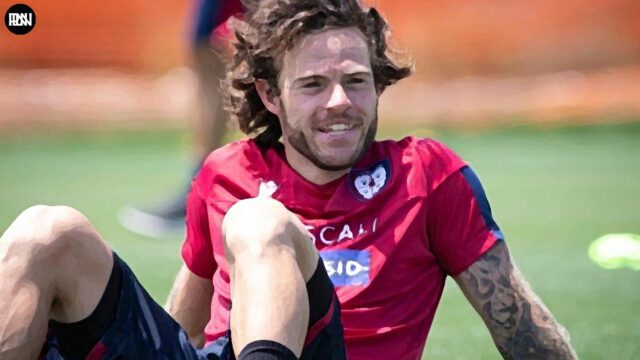 Leeds United are looking for new additions to their squad after a successful campaign last season and Nahitan Nández looks to be the latest player inching closer towards a switch.

The Cagliari Calcio player made the switch from Boca Juniors in 2019 and has since caught the eye of a host of clubs around Europe. The 25-year-old midfielder could massively improve the Leeds United squad with his ample amount of experience. Along with Leeds United, the Uruguayan International is also linked with another Premier League club, West Ham United. But according to various reports, Cagliari Calcio and Leeds United are already in the advanced stage of negotiations with the deal inching very close in the past few days. While West Ham United are believed to have only enquired about the Cagliari Calcio player’s availability.

Nahitan Nández has so far appeared in 72 games for Cagliari Calcio in all competitions but found the back of the net only four times. Nahitan is currently in the Uruguayan Camp for the Copa América tournament and on being asked about the rumours linking him to Leeds United, he said, “The rumours about Leeds? I heard, but honestly I don’t know anything yet and I have my head in the Copa and in reaching the goal.”

Leeds United finished 9th in the Premier League marking their return in fashion after 16 years in exile from top-flight football. The Marcelo Biesla side wants to challenge for the European Football and they would require the depth in the squad to challenge the top teams. And Leeds are surely moving in the right direction with adding more players which would give them the cushion of rotating the squad often when required.

Leeds United ‘intensify’ talks for Matheus Cunha; Bielsa has personally asked for him!