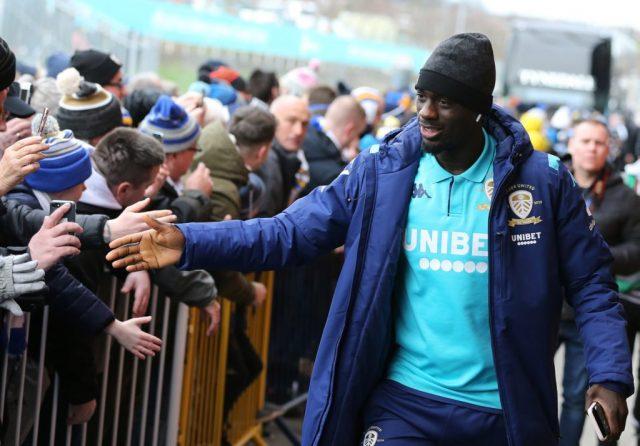 Leeds United have a clause in Jean-Kevin Augustin’s contract which will see the French international join on a permanent basis when the club gets promoted to the top-flight.

RB Leipzig bought Jean-Kevin Augustin on a €16 million fee from Paris Saint-Germain back in 2017, which was a fantastic deal for the Germans. But Augustin failed to meet the high expectations, scoring 20 goals in 67 games for Leipzig.

Augustin moved to Monaco on loan but failed to impress in his homeland, scoring just one goal in 13 appearances.

Leeds United agreed to take the player on loan in the winter of 2019, and Leipzig included a non-negotiable buy-on clause contract, meaning that Leipzig will recuperate all their funds spent on Augustin if Leeds get promoted. German media outlet Bild claim that the €21m purchase clause in his loan deal means that Leeds will have to shell out the money whether or not they want the player.

But Leeds United simply have no interest in signing the player. Augustin has played just 48 minutes since his arrival and Bielsa is clearly not impressed. The club are trying their best to get out of this deal, citing that the contract expired on June 30 and the player has returned back to RB Leipzig for now.

Though RB Leipzig are adamant, stating the contract is ‘water-tight’ and will take legal action if Leeds do not activate the clause.

Former Leeds United goalkeeper Paul Robinson feels that they are unlikely to see Augustin back at Elland Road next season, “I don’t think we’ll see Jean-Kevin Augustin again. It could end up being a very expensive mistake but I think they’ll be okay by the sounds of it. You’re not going to sign a player who doesn’t want to come to you. If the player turns around and doesn’t want to go to a club then you can’t force him.”

“There are enough loopholes that will get Leeds out of signing a player who they don’t want to sign anymore. Augustin is an undoubted talent but it hasn’t worked out and his body just couldn’t take the intensive Bielsa regime.”

The 23-year-old was a highly rated prospect on his arrival in January, but the Frenchman failed to fit into Bielsa’s system, and it remains to see how Augustin’s future pans out.