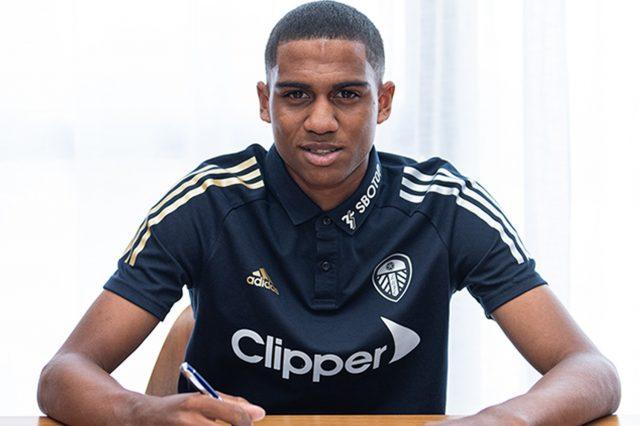 Leeds United have completed the signing of youngster Cody Drameh from Premier League rivals Fulham, the club have announced.

The 18-year-old who plays as a full-back joins Marcelo Bielsa’s side for an undisclosed fee putting pen to paper on a four-year deal at the Elland Road, which runs until the summer of 2024.

Drameh featured regularly for the Cottagers’ Under-23 side in the just ended campaign, appearance 17 times in the Premier League 2 .

His performances for Fulham’s youth sides was enough to earn him three caps for England at Under-18 level.

And speaking to LUTV after his arrival, the teenager spoke of his happiness of joining the Whites and about what he hopes to achieve at the club.

“I’m delighted to join this massive club and I can’t wait to get started,” said Drameh. “As a player I’ve got a great engine, a lot of stamina and I like to get up and down the pitch. I can defend well and I’m here under the coaching staff at Leeds to get better.

“A lot of young players have made their debuts over the last few years under Marcelo Bielsa and I’m looking to add my name to that list.

“It’s been 16 years for Leeds to get back to the Premier League, it’s been a long wait, the fans are excited, everyone else is excited and I think Leeds are back where they belong in the top-flight.

“First and foremost I want to try and break into the first team and the club has ambition, so we will see where it goes. Marcelo Bielsa has managed a lot of big, big names, including Argentina’s national team.

“The one I was very interested in was Benjamin Mendy, the way he transformed him and obviously I’m a full-back, so hopefully he can do the same thing to me as he did to Benjamin, I’m just very excited to work with him.”

The full-back joins Leeds who are expected to begin their journey in the Premier League next month after a 16-year exile from the top-flight.