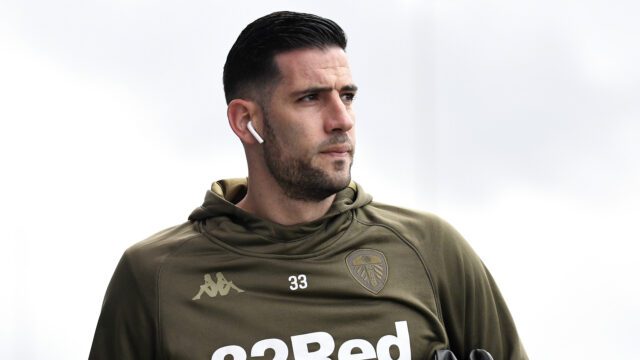 Leeds United made it official regarding the exit of their 2nd choice Goalkeeper Kiko Casilla. The Whites released a statement regarding the player’s loan move to Elche.

The statement from the club read: “Leeds United goalkeeper Kiko Casilla has joined La Liga outfit Elche CF on loan until the end of the season. Due to the fine form of Illan Meslier, Casilla found game time for the Whites limited last season and he made just five senior outings in all competitions. We wish Kiko well at the Estadio Manuel Martínez Valero.”

According to various reports, Kiko is said to have his Medical dates fixed this week and after the medicals and deal completion, he would quickly be integrated to the Spanish club’s squad who have just begun their pre-season training from July 7.

The former Real Madrid goalkeeper has found himself largely out of favour after the shameful incident of racism regarding Jonathan Leko. During a match in the championship, it is said that Kiko used a racist word while describing Jonathan. An investigation was set up and Kiko was largely found guilty of racism. He was then handed an 8 match ban in February 2020.

In the absence of Kiko, the 2nd choice keeper at that time, Illan Meslier, got the shot at first team football. Ever since he has stepped up and has stamped up his authority on the first choice mark. Kiko grew increasingly frustrated at what was happening at Elland Road and decided to leave. Elche agreed to pay a portion of Kiko’s wages and the deal was agreed between both the clubs for a 1-year loan deal. Post the loan, Elche will have an option to buy Kiko.

What Next for Leeds United?

Since Kiko already decided that he would leave Elland Road this summer which would mean that Leeds United has already drawn up a plan for securing a new goalkeeper who could provide backup for Illan Meslier. Elia Caprile is a name that would fit the role since he’s readily available at the club to move up. But according to a report from Football Insider, the Whites are indeed looking for a new addition in terms of the No.2nd position and it also suggests that the club has been talking to some names. Leeds United are said to be confident regarding a new addition very soon.