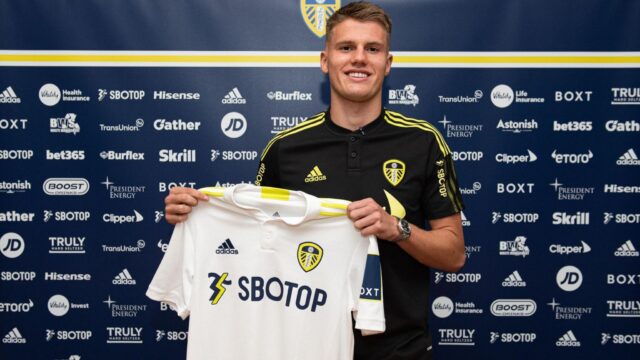 Leeds United have completed yet another signing this summer. They have signed Leo Hjelde from the Scottish giants Celtic though the fee is not yet disclosed.

The Norwegian has signed a four-year contract with Leeds United which will keep him at the club till the summer of 2025.

The 18-year-old has no senior appearances at Celtic. He was sent on loan to Ross County in the January window and made 12 appearances for them.

The young defender will be inducted into the club’s U23 team for further development. However, this is the seventh signing of the summer for Leeds. The club is moving in the direction of acquiring more youth talent.

Leeds United on the signing said: “We are pleased to announce the signing of Leo Hjelde from Scottish Premiership side Celtic for an undisclosed fee.”

“Hjelde celebrated his 18th birthday this week, by signing a four-year-deal at Elland Road, running until the summer of 2025.”

🎙️ “I’m really delighted to sign for this massive club” Watch our exclusive interview with Leo, as he talks about his move from Celtic @Skrill pic.twitter.com/5Y57qRq7S3

The Whites are almost done in this transfer window as far as the incomings are concerned. Either way, there are only four days left for the conclusion of the summer transfer window. Having completed their business, the Whites will be looking now to completely on their Premier League campaign.

The club has had a rough start in the new season of the Premier League after getting humbled down by Manchester United by 5-1 at Old Trafford. Leeds United drew their second match with the visiting Everton. The game ended 2-2.

However Leeds United will be looking to garner their first Premier League win this weekend. They travel to Burnley on Sunday. The Whites currently sit at 15th position and they will want to improve on that.