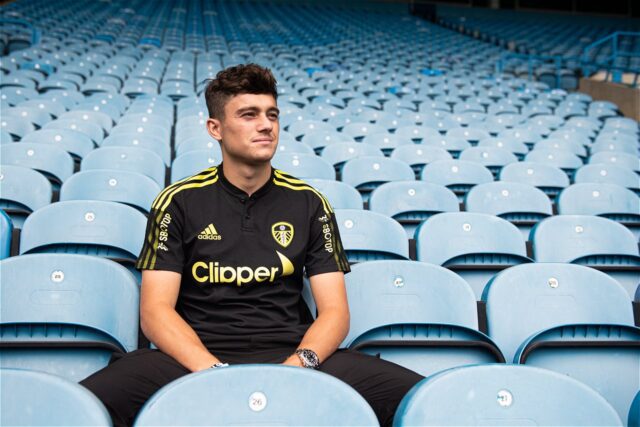 Leeds United have made it official regarding the transfer of Daniel James. The Whites signed Daniel James from Manchester United for a reported fee of £25 million.

This is the eighth signing of the summer of the Elland Road club. Daniel has signed a five-year contract that will see him at the club till the summer of 2026.

✍️ #LUFC is delighted to 𝘧𝘪𝘯𝘢𝘭𝘭𝘺 confirm the signing of Dan James

The rumours started flying about Daniel James’ move to Leeds United yesterday. However Manchester United were anyways looking to sell Daniel James after the 23-year-old reiterated to move on for more regular game time.

With Jadon Sancho and Cristiano Ronaldo arriving at Old Trafford this summer, Daniel James has further fallen down the pecking order and it was more likely that he would not have gotten the regular game time. Hence he decided to make a move.

A range of clubs were looking to sign him after he was made available for the transfer. Leicester City were keen to bring him but Daniel James had clearly stated that he wanted a guaranteed starting spot. Hence the Leeds United move makes more sense.

The Welsh International rose to prominence after his move to Manchester United from Swansea City took place in 2019. He quickly featured in the first team and made 33 appearances for the club in his first Premier League season for the Reds.

This is a huge opportunity for Daniel James to make it big at Leeds United. He is already a very good player at such a young age and he will only get better with the regular game time. Playing under Marcelo Bielsa will also hugely help the latter.

Leeds United released a statement and said: “Leeds United is delighted to confirm the signing of Daniel James from Manchester United. As a player we feel Daniel is an excellent fit for a Marcelo Bielsa team, he is quick, direct and works hard – we look forward to him joining up with the squad, finally!”

While Manchester United on the departure of Daniel James said: “Everybody at Manchester United wants to thank Daniel for his excellent contribution during his two years as a Red. Be it as a starter, substitute or squad member, he always gave 100 per cent and he leaves with our very best wishes for the future. Good luck, Jamo.”