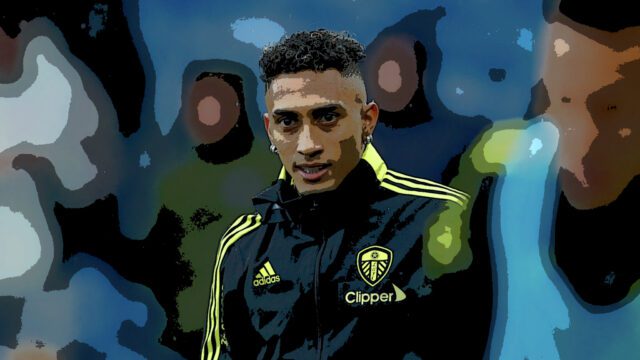 Raphinha and his potential future has been the talk of the town as we come to the dusk of the ongoing season, and the Brazilian has established multiple suitors ready to lay red carpets to welcome him. Of course, Jesse Marsch will be hoping to keep hold of the 25-year-old who is reportedly edging closer to a move to Barcelona, if the reports from Spanish newspaper SPORT are to be believed, who states that the Brazilian is one of the two attackers Xavi wants to sign in the summer.

Barcelona are probable to have an interesting summer transfer window with numerous departures and arrivals expected as Xavi continues rebuilding the Spanish giants. According to the same report, Xavi wants a “minimum of seven signings” in the summer aiming for at least have 2 players for every position.

The January transfer window saw Pierre Emerick Aubameyang and Ferran Torres move to the Catalan side and the two former Premier League stars have hit the ground running with the duo contributing to 18 goals in La Liga. Despite the two attacking acquisitions performing well, Xavi wants to bring in two more reinforcements to challenge Real Madrid next season for the league.

According to the English media, Daily Mail reports that Raphinha’s agent Deco has already discussed the wages and bonuses with all personal terms agreed upon between the player and Barcelona. A 5-year deal is agreed upon with only negotiations with Leeds United remaining which is expected to be the most difficult part of the deal.

A 50 million euro price tag is reportedly set by Leeds United which should come into consideration especially if Leeds were to get relegated although – Mateu Alemany, the Director of Football of Barcelona, is looking to reduce the fee to around 30-35 million euros considering Barcelona’s financial conditions.

Raphinha has been the knight in shining armour at Elland Road ever-since he moved to England, and letting go of him means that Leeds will have to find bands of flairs, goals, and assists from somewhere. If Barcelona are ready to give out on the asking price for which the club’s (Leeds’) hierarchy are satisfied they’d find a replacement – then its understandable BUT if they want to sit on the table hoping to negotiate a lower price for a future Brazilian star-boy – thank u, next…