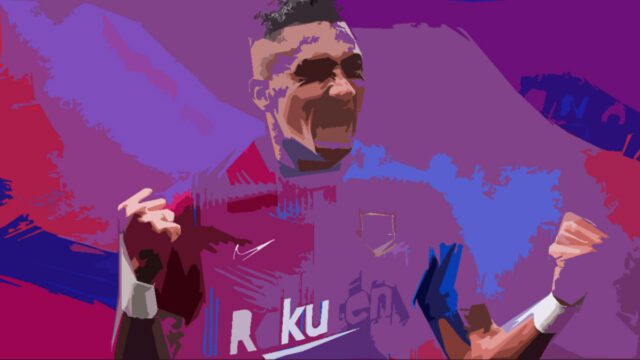 Raphinha has expressed his intention to join FC Barcelona during the summer transfer window, according to Spanish daily SPORT. After guaranteeing the Peacocks’ Premier League position, the Brazilian international has requested a transfer to Camp Nou from Leeds United.

The Brazilian has made great strides since joining Leeds United from Stade Rennais in October 2020. After two seasons with the Peacocks, the 25-year-old has established himself as the club’s talisman and one of the Premier League’s most dangerous attackers.

The 25-year-old was the guiding light for Leeds as they avoided relegation in the 2021/22 season, scoring 11 goals and providing three assists in 35 Premier League outings. Raphinha is eager to join Barcelona after helping Leeds stay in the Premier League this season.

Xavi has made him one of Barcelona’s top targets for the summer transfer season and is eager to bring the player to Spain. Barcelona’s interest in the player makes sense, given that Ousmane Dembele’s future at Camp Nou is uncertain due to prolonged contract negotiations. He is a feasible option for Barcelona even if Dembele remains at Camp Nou, as the Blaugrana are unlikely to sign Adama Traore on a permanent basis and the Brazilian is eager to join Barcelona during the summer transfer window.

It is uncertain how Leeds would react, but allowing Raphinha to join Barcelona will most certainly help them earn finances for their summer business. At the same time, rather than engaging in a bitter war, the two sides will part ways on favourable terms. The player has contributed to Leeds’ Premier League survival and handing him the move to Barcelona will be done in good faith.

In next few days, Barcelona should send Leeds a formal offer around 30M€ + 5M€ in bonuses for #Raphinha. 🔵🔴 #FCB

The Brazillian player has already informed English club that his mission at the club is completed and that he wants to play for Barcelona next season. 🇧🇷 https://t.co/JQgdUD1F9w pic.twitter.com/A0wHR8vqjF