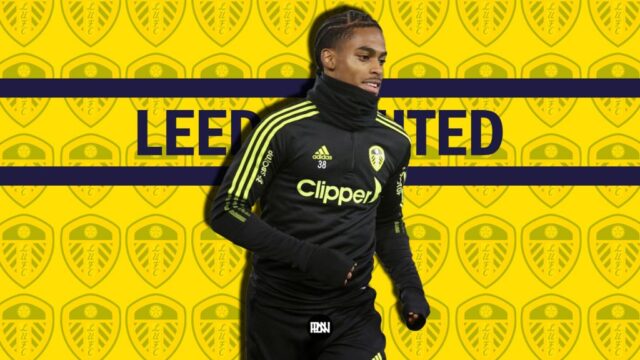 The transfer window always brings with it some exciting transfer sagas. Some moves go through, some don’t. Adding to the list of failed transfer moves, was the name of exciting Leeds United youngster Crysencio Summerville. The Dutchman was all set to leave Elland Road, with German club HSV Hamburg interested in bringing the 20-year-old winger to Hamburg.

Hamburg had reportedly enquired for the winger on Deadline Day, and discussions were held between Leeds United manager Marcelo Bielsa and Hamburg sporting director Jonas Boldt. However, despite some efforts from the German club, a move for the winger could not be finalized, and Summerville will now stay at Elland Road at least till the end of the season.

Summerville came through the academy of Dutch club Feyenoord, but did not make a single appearance for the club, instead making his senior debut on loan with FC Dodrecht, where he spent six months. He returned to Feyenoord the following season only to be loaned out again to ADO Den Haag for the 19/20 season, where he scored two goals and provided three assists. After the expiration of his loan, Crysencio Summerville returned to his parent club again but declined to extend his contract with them, joining Leeds United in September 2020 instead.

The Dutch youngster has only made 9 appearances for the Leeds United senior team this season, with his chances being limited due to the arrival of Daniel James in the summer. As a result, the 20-year-old demanded a move away from the club, frustrated at the lack of playing time. Manager Marcelo Bielsa recently revealed that Summerville was one of 10 players who had reportedly asked to leave in the January transfer window. The Argentinian coach also revealed that he had given the Dutch forward the green light for his move, and was prepared to allow him to leave. However, a lack of replacement meant that Bielsa could not let the winger go without leaving a big hole in his squad, in terms of squad depth.

The talented Dutch youngster impressed Leeds United coaches in their reserves and youth setups, and he subsequently found his way onto the Leeds United bench for the first game of the season. He has played only 214 minutes for the senior team this season and has not had a lot of time to show his skills on the big stage. He is described as a versatile forward, capable of playing on either wing and even as a number 10 at times. HSV Hamburg wanted the youngster for his exciting skills on the ball, and he has the ability to breathe life into a team with his fast pace and dribbling.

The Yorkshire based team have struggled quite a lot this season. A very poor start to the season saw them drop into the relegation zone. However, a run of decent few results pulled them out of the drop zone, and up to 15th place, 6 points clear of 18th place. Bielsa’s side have been very unlucky with injuries to key players derailing their season. They have had to rely a lot on young Academy players, with Crysencio Summerville being one of them. For now, the Dutchman has stayed put at the club, but it remains to see if the situation changes after six months when the season ends and the summer transfer window opens again.