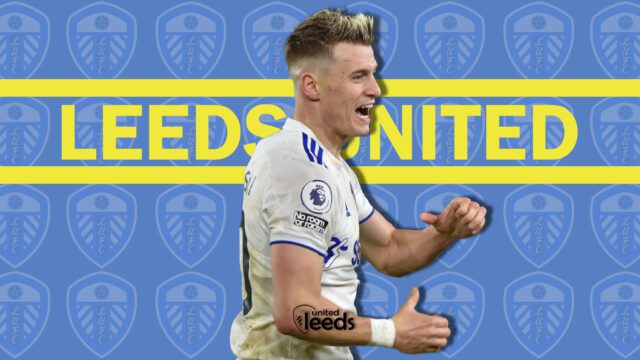 Leeds United fan favourite Ezgjan Alioski is now on the hunt for a new club just 12 months after leaving Elland Road for Saudi Arabia upon the expiration of his contract.

His first season at Al-Ahli Saudi FC did not go according to plan as they were relegated from the Saudi Arabia Pro League, finishing in 15th place in the 16-team division, one point adrift of safety but only sat five points behind sixth-placed Al-Ta’ee, highlighting just how close-run the division was.

As a result, reports in Alioski’s native North Macedonia claim the international defender has terminated his contract with the Middle-Eastern club and is on the lookout for a new employer.

The 30-year-old enjoyed a terrific season on a personal note though, registering 15 goal involvements (six goals and nine assists) from 28 starts, and also picking up an impressive SofaScore rating of 7.18. For that reason, it is totally understandable that the full-back wouldn’t want to be playing in the second-tier of Saudi Arabia, particularly as he enters the final stretch of his career.

Alioski will certainly be looking for a return to familiar surroundings in Europe, but what about a famous return back to the club where he made his name?

Gjanni Alioski available on a free transfer.
Be mad not to bring him home. Was a huge miss for Leeds last season and can cover a variety of positions. No brainer for me…. pic.twitter.com/Js7zfIYUlH

The Leeds faithful would certainly love a return for the 30-year-old. He made 171 appearances, scoring 22 goals over four years, at Elland Road following his arrival from FC Lugano. He proved to be a pivotal figure and leader in Marcelo Bielsa’s side, as they gained promotion to the Premier League for the first time in 16 years after winner the Sky Bet Championship title in 2020.

His first campaign in the English top-flight proved a success also, showcasing just how crucial he was to Bielsa’s team despite many suggestions stating that the North Macedonian international was not a proper left-back and that Bielsa had to prioritise one in January 2021. The Argentinian coach stuck to his guns and the defender proved his worth, starting 29 games, scoring twice and assisting three times whilst also impressively aiding his team to 10 Premier League clean sheets.

With Jesse Marsch looking to evolve his side, having already made three good signings to his squad, the question remains whether the American coach will be willing to bring back the defender, who has indeed split opinion during his time in Yorkshire.

The case to bring Ezgjan Alioski back is that Junior Firpo – his replacement signed by Bielsa – has so far failed to match the heights Alioski left behind. And with Kalvin Phillips departing the club this summer, along with Raphinha, and key stalwarts such as Stuart Dallas and Luke Ayling on the treatment table till at least the end of the year, Marsch will need experienced heads in his squad next term, players who have a decent knowledge of the division to provide his side with the tools to steady the ship in his first full season in charge.

Alioski certainly fits the bill. Marsch will also be looking for versatility, high-intensity outlets and technically gifted players if he is to bring his favoured narrow 4-2-2-2 formation to Elland Road next term which the North Macedonian could certainly fulfil.

However, as stated previously, there are reservations as to his rumoured comeback:

Alioski wasn’t good enough for where we want to be. It just so happens that his replacement has failed to hit the ground running. There is the sentiment, but we have to move past this. We were literally crying out for a LB when Alioski played there. People have short memories. https://t.co/SH5KbB7R3g

Alioski was easily our weakest first teamer in the first PL season. We don’t need him back.

Let him be remembered for his excellent contributions in the Champ and the happy moments in the PL. Move on, and sign a player who has a future in the role.

It’s clear fans want to move on from the players of old as Marsch ushers in a new era at Elland Road next season, and it is unlikely the former RB Salzburg and RB Leipzig coach will be looking to bring back players who have formerly graced the club.

Certainly, the Whites will need some experienced heads in their squad if they are to avoid another relegation fight, and players like Alioski who is of course out of contract could well represent a smart addition, even if he is to become just a squad player next term.