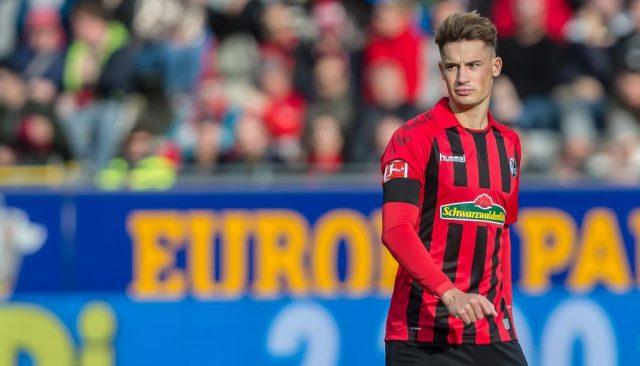 Leeds United are reportedly close to wrapping up a deal for Robin Koch as they look to set to add the defender to their squad upon their return to the Premier League.

Ben White had been the first choice option for the Whites after excelling during a loan spell at Elland Road last season. However both the player’s agent and officials of Brighton & Hove Albion have ruled out the possibility of the Seagulls selling to Marcelo Bielsa’s team.

And the newly promoted team look to have looked elsewhere for an addition to their squad with just little over two weeks to go until the start of the 2020/21 Premier League campaign.

According reports from the Mirror, Freiburg’s Koch is the player that the Yorkshire side have identified, with the publication also adding that a deal could be completed over the weekend. The fee believed to be involved in the deal is in the region of £13 million, with the central defender expected to undergo his Leeds medicals before the start of next week.

The 24-year-old is also said to have already bid farewell to his teammates at the German Bundesliga side yesterday afternoon before jetting to England to be checked out.

Koch will also then fly back to Germany, ready to join up with Joachim Low’s squad on Monday in their preparation for their UEFA Nations League game against Spain – which will feature potential team-mate Rodrigo Moreno.

Koch has already claimed he is not letting the interest in him affect him. “I’m still here and I’m the type who lets all this come my way and doesn’t worry too much about it,” he said.

Having turned down a contract renewal offer with the German outfit and with just one-year left on hos current deal, Freiburg deem it right to allow him leave this summer.