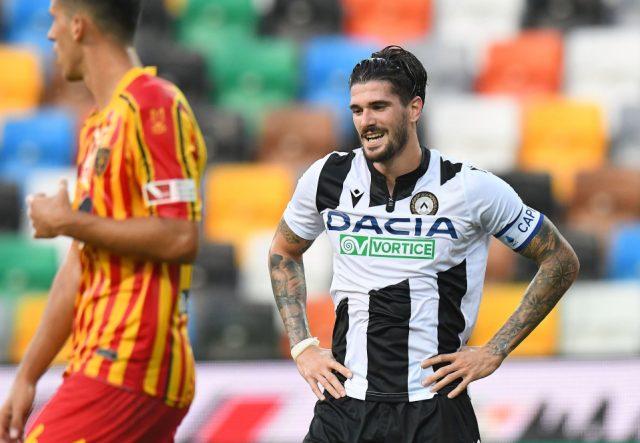 Udinese midfielder Rodrigo De Paul has indicated his move to recently promoted Leeds United is close with an agreement over a fee still in question.

The Whites have been in talks with Udinese over a potential deal for the 26-year-old midfielder with the Serie A club demanding €40m (£37m/$47m) for him. Russian side Zenit St. Petersburg are said to be interested in Argentine International but De Paul has given Leeds fans a hint that he would prefer to play at Elland Road next season.

Leeds fanzine The Square Ball commented on Twitter about De Paul’s impending switch to Elland Road, to which he replied: “Yes” deleting the tweet shortly afterwards.

Rodrigo De Paul to Leeds could be happening! 😯⚪️
_#lufc#motpic.twitter.com/s5ldeAEn3U

He would Leeds United’s sixth signing of the summer transfer window bringing their overall buisness over €100m. De Paul has appeared 146 times in all competitions after from joining Valencia back in 2016.

Leeds are looking to strengthen in attacking positions after having already bought striker Rodrigo Moreno from Valencia for £27m, 18-year-old forward Sam Greenwood from Arsenal and Robin Koch from German side Freiburg.

Although Leeds lost the opening day fixture against champions Liverpool, they dominated the overall play in many parts of the game leaving Leeds fans not only optimistic over the chances of survival but also a small hope qualifying for European spots. They back in action again on Wednesday when they face Hull in the Carabao Cup followed by a home game against fellow promoted team Fulham in the Premier League.