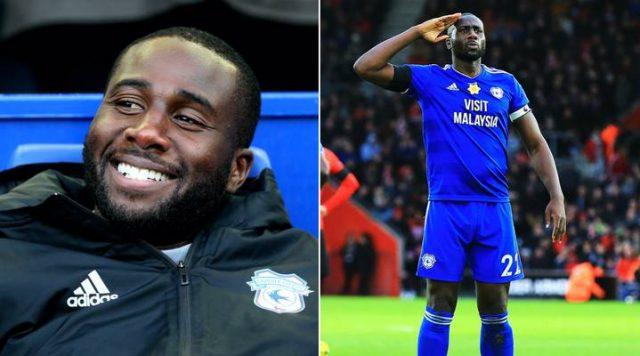 The 35-year-old defender Sol Bamba who represents Ivory Coast at the international level and plays for Cardiff City has been diagnosed with non-Hodgkin’s lymphoma according to the statement by the Cardiff City club website.

Cardiff City who currently plays in the Championship said in their statement that with the help of the club’s medical team, Sol Bamba has immediately started with a course of chemotherapy treatment.

In 2018, Sol Bamba helped his team Cardiff City gain promotion to the Premier League and played 28 matches, scoring 4 goals and claiming 1 assist in the 2018/19 Premier League campaign. In the latter half of the season, he picked up a ligament injury which kept him out for the remainder of the season. In his time at Cardiff City so far he has made 117 appearances while also captaining the side on a couple of occasions. This season 35-year-old made 5 appearances for the Bluebirds.

Sol Bamba played for Leeds United on loan after joining from Palermo in 2015. He then joined Leeds for a permanent move from Palermo, after just one month in the club he was named club captain in place of Liam Cooper. He made 52 appearances for the Leeds side since joining on loan in 2015. He scored a total of 5 goals in his time at Leeds United and club captain for most of the games before falling prey to a scuffle with the owner.

Leeds United also posted a heartwarming message on Instagram for Sol Bamba which read, “The thoughts and best wishes of everyone at Leeds United FC are with Sol Bamba. Get well soon, the Leeds family is right behind you.”

“We are saddened to inform supporters that Sol Bamba has been diagnosed with Non-Hodgkin lymphoma. With the close support of the Club’s medical team, Sol has immediately started a course of chemotherapy treatment,”

“Universally admired by teammates, staff and supporters in the Welsh capital, Sol has begun his battle in typically positive spirits and will continue to be an integral part of the Bluebirds family. During treatment, Sol will support his teammates at matches and our younger players within the Academy, with whom he will continue his coaching development. All future updates on Sol’s progress will be provided only via official Club channels.”