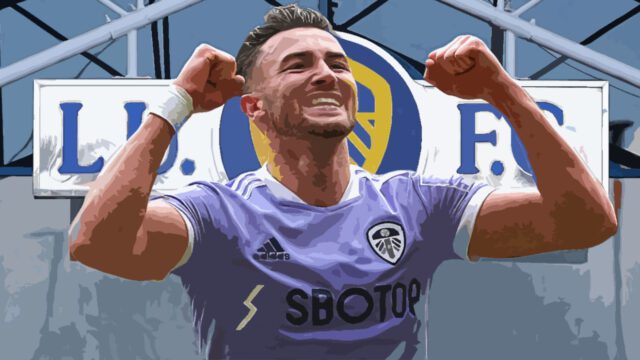 With the league status secured, Leeds’ get into works for the next season to avoid the scrap that had to be dealt with this time around – and Elland Road already has a fresh face in Brenden Aaronson, who is all but announced in a deal worth $30 million from Red Bull Salzburg.

Yet, transfer windows are not only about incomings but also one around the adieus and one of those names that is highly rumoured with a move away from Leeds unsurprisingly comes in Raphinha, with Barcelona circling any potential move away from Elland Road.

Another player that has been majestic over the past couple of years for Leeds is Jack Harrison – well he along with the Brazilian star were on the score sheet against Brentford at the weekend to secure Leeds’ stay in the Premier League.

Competing in the English top-flight does mean that Jesse Marsch can be fairly confident about keeping a couple of key players at the club beyond the upcoming summer – but where there is quality there are suitors setting out to woo any potential deals and that is the situation Leeds United face with Jack Harrison.

Jack Harrison is said to be open to working beyond Leeds United and according to reports by Daily Telegraph, Tottenham Hotspur and Newcastle United are interested in any potential deal for the 25-year-old.

Harrison has been an integral figure at Elland Road, having not only helped Leeds in the promotion to the Premier League but also securing a two-year stay in the first division. He has been influential in all the aspects of the game, be the pressing or tracking back putting everything on the field. From the dead-balls or be on transition – the Manchester City academy graduate has come a long way from that kid joining on-loan from City.

Despite potential interests, its yet to discern where Leeds stands on cashing in on Jack Harrison – who still has a couple of years left on his contract at Elland Road and also whether the clubs interested are to make concrete moves to secure the winger in the upcoming summer window.