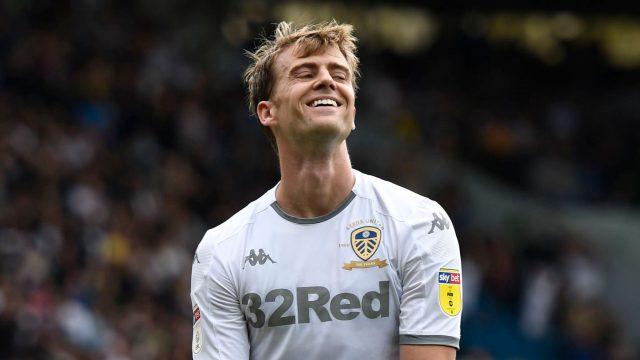 There has been a lot of divide opinions about Patrick Bamford amongst the Leeds United supporters. He has had his critics, and people were even questioning whether he was ready to grace the Premier League but if the first two-game weeks were anything to go by then he has undoubtedly made his mark felt.

Many people were excited by the club-record signing of Rodrigo, and not many have always been convinced of Patrick Bamford.

Let us delve a bit deeper into his past so that we may get a brief idea of the kind of headspace and psychology that he may posses and why it may have been a hindrance for him these last years.

Patrick Bamford has had a tumultuous journey. He played for Chelsea from 2012-2017 without ever making a single first-team experience. He was sent out on one loan after the other without any real plan by the management.

Patrick had his issues with loan spells at Burnley, Norwich and Crystal palace not to mention the fact that he willingly terminated his loan spell at Swansea. Apart from that he also had stints at Middlesborough and MK Dons where he had a comparatively better time.

As a young impressionable footballer one can only imagine what he must have gone through being moved around from one place to another without ever being felt wanted or trusted by any team and their manager. Bielsa was the first person who put his faith in him and let me remind you was even criticised by many for it.

But I think it is fair to say that up until now Patrick has certainly proved his coach and his fans that he is a worthy player. It brings me great delight that he has still managed to keep his head in the game despite all the things that have happened, which included senseless loan spells and controversies as well as a truckload of critics.

To be fair Patrick Bamford is not the most prolific finisher and has at times missed some relatively easy chances, e.g.:- the one on one against Allison vs Liverpool but credit to him he kept prodding and got into the right positions and did ultimately get a goal to his name.

Bamford is impressive when it comes to finding pockets of space, and his positioning is also a great asset to this Leeds united. He is alert and always ready to pounce on any mistake made by the goalkeepers or defenders and even tuck in those rebounds.

He may not be the complete striker or have those impressive silky feet and finishing. Still, his work rate just like everybody else on the team certainly cannot be questioned, and it looks like he has finally found his place and home in the form of Leeds United.

I feel that if he is given some more love and time he can certainly develop int a great striker and once Rodrigo gets into the rhythm it would be a great pairing as they would, in my opinion, complement each other’s game well.

It may be too early to tell, but it does feel like a resurgence of Patrick Bamford and after knowing what he has gone through you certainly can’t say that he doesn’t deserve it.