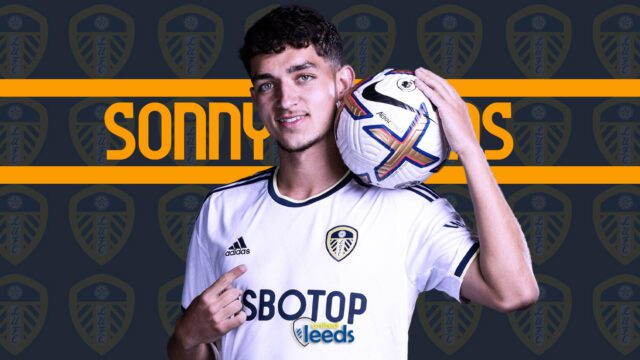 Sonny Perkins joined Leeds United on July 18, 2022, after his former club West Ham announced that Perkins has left their club on July 1, 2022, with immediate effect. He bagged 14 goals and two assists for them, last season. However, having decided to snub the new contract and by joining Leeds United, the eighteen-year-old would be incredibly happy with how he’s settled in at Leeds United. He has scored 7 goals in his 8 PL2 appearances and has also scored a goal in EFL Trophy against Tranmere Rovers taking his goal tally to 8 in 10 appearances for the club.

Marsch commented on Perkins that he is an explosive striker and an intelligent player who is flexible in playing different positions in the front three. With players like Bamford, Rodrigo, and Luis Sinisterra impressing March along with Sam Greenwood and Joe Gelhardt pushing to be first-team regulars, it will be difficult for Sonny Perkins to get any glimpse of first-team minutes this season. He is described as a sincere kid with the determination to improve himself by the club officials and he is impressing the coaches involved in PL2.

It is important for the youngster and the club to take a viable decision about whether loaning him out in January is really the right call for all the parties involved. If the club thinks that the player cannot be allowed to stay in the club without getting proper minutes or to stay in PL2 which will again be very easy to his standards, then moving away from the club for a loan is pivotal.

Any move to a Premier League club or even to a championship side where he will be able to get enough minutes under his bag and develop his potential will be crucial for both the player and Leeds United. With his abilities and potential, a little amount of patience is required for Sonny Perkins to be the next sensation in English Football.

Sonny Perkins since his move to Leeds United, by the way. #LUFC pic.twitter.com/pKAbbtX4Bg