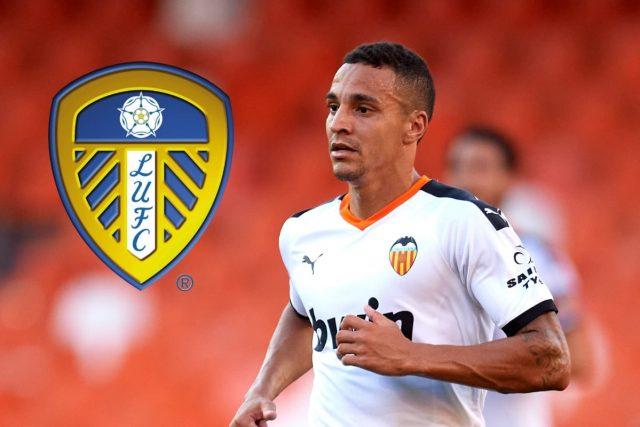 Spanish side Valencia have confirmed they have reached an agreement with Leeds United for the transfer of forward Rodrigo Moreno.

The Spain international has been heavily linked with a move to the Premier League new boys, with reports on Tuesday suggesting that Leeds’ officials traveled to Spain to trash out the terms of the deal.

Having already sold a number of their first team stars, Valencia had already told Rodrigo would be one of the remaining players who would be allowed to leave the club should they receive an offer for him, as they look to find a solution to their financial set back as a result of the coronavirus pandemic.

And now the La Liga outfit have announced that the player is nearing the exit at the Mestella Stadium after they agreed a deal in principle with the Premier League side over a deal for the 29-year-old.

Valencia CF want to thank Rodrigo Moreno for his commitment and effort over the last six seasons – in which he helped to win a Cup title. We wish him all the best in this new stage of his career at @LUFC. pic.twitter.com/1tpTEJEhRJ

“Valencia have reached a preliminary agreement with Leeds United this Tuesday for the transfer of footballer Rodrigo Moreno, at the expense of completing all the documentation and other formalities and passing the mandatory medical examination,” the club said in a statement.

“Valencia want to thank him for his commitment and effort over the last six seasons – in which he has played a total of 220 games, scored 59 goals, and helped to win a cup title. Valencia wish him all the best in this new stage of his sports career.”

Rodrigo has survived a number of times from transfer away from Valencia having been linked with a big-money move to Barcelona last summer, before the deal fell through after the Catalan club failed to meet Los Che’s asking price.

Leeds United will reportedly pay a fee around £27 million for the Spaniard, and will add him to their ranks ahead of their return to the top-flight.