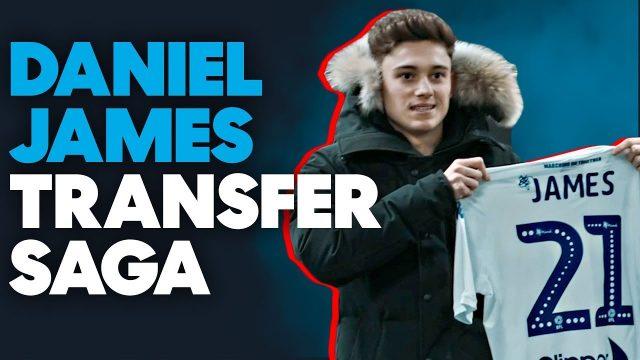 A lot of players have been linked with Leeds United since its promotion to the Premier League and looking at the upgrades Bielsa’ is making, another of household name is linked with a move to Elland Road in Manchester United’s Daniel James.

The Welsh speed star and Leeds have history together when he nearly moved to the club during the 2019 January transfer window. Swansea City and Leeds had agreed on deal before Swansea backed out of the deal, which gave room to Manchester United to sign him at the end of the season.

Daniel James already had his medicals with Leeds and there was a photograph of him holding a Leeds United jersey, before Swansea pulled out of the deal due to unfavourable terms.

He started life at Manchester United well but lost form along the way, and in the process lost his starting place to Mason Greenwood in the team. Right now, he is not guaranteed regular playing time if Manchester United eventually signs their targets before the window closes.

With his United first team chances looking likely to diminish with the arrival of Jadon Sancho and other transfer targets, Marcelo Bielsa, who is a long time admirer of Daniel James is keen to secure the Welshman’s services at Elland Road and would be willing to take him on a season-long loan which will be beneficial to all parties involved.

Manchester United are not ready to listen to any offer for now, and Leeds will be hoping that they (Manchester United) get their transfer targets which will pave way for Leeds to sign Daniel James.

Perhaps it is destiny at play for Daniel James to be a Leeds United player after all. The white jersey and Elland Road awaits Daniel James decision as they don’t want to be beaten twice by him.