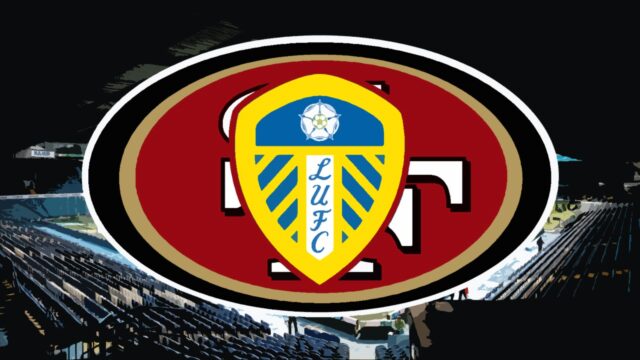 The San Francisco 49ers’ ownership group could take over the Premier League club Leeds United for over $530 million.

The club could be under complete overhaul under Jesse Marsch coupled with the full takeover by the 49ers. Having already purchased a 44% stake in the club, the 49ers are aiming for a full buyout with an agreement between the two parties to buy the club before January 2024. Andrea Radrizzani, the current chairman had bought the club from Italian entrepreneur Massimo Cellino back in 2014 for $52 million and maintains a 56% ownership stake.

With the club currently struggling to avoid a relegation spot to the second division league as the odds by football bets at lottoland suggests following the resurgence of Everton and reawakening of Burnley in the wake of Sean Dyche’s sack – neutrals and fans have expressed their desire for a complete rebuild this summer.

With the change in ownership under the 49ers, there could be a rebuild in the internal management, players, and the scouting team. With the blunders of this season, the reputation of the club is at stake and a change this summer could certainly give hope to the Elland Road fans to continue their undying support.

NFL franchise’s president Paraag Marathe would have complete control of the management and the influence will become clearer before we head into 2023. The influence though had already been felt when Jesse Marsch was appointed as Leeds’ new head coach just 24 hours after Marcelo Bielsa had been sacked. The gaffer admitted to meeting with the officials of 49ers Enterprises before taking over the project from Bielsa.

It is also reported that relegation to the EFL Championship would put stadium expansion plans at Elland Road on hold. For Leeds to return to the second-tier so quickly after they left would be difficult for most fans of the Whites to digest. Falling into the Championship, the club would see player transfers reassessed, potentially a different style of playing, and perhaps even a new manager. But it remains to be seen if the club can avoid relegation as a crucial fixture awaits them. In any case, it is going to be a huge couple of weeks for the club and its fans.

Regardless of the situation that the club faces, an overhaul could improve the image as a whole with the acquisition of the American franchise. Manchester United, Liverpool, and Arsenal are all under majority control from owners based in the United States. Leeds United would be the latest club under the control of owners from the States.

Don’t get me wrong, Andrea Radrizzani has been an exceptional figure to bring Leeds and Elland Road back to the Premiership and get that halo about the Yorkshire whites back but the financial backing and the potential way around to better tomorrow lie in granting considerable investment into the club.

The 49ers have a 5-year roadmap ready for the PL club assuming they avoid relegation. Fans of the club would be keen for this change to happen and it would be interesting how this takeover transpires.