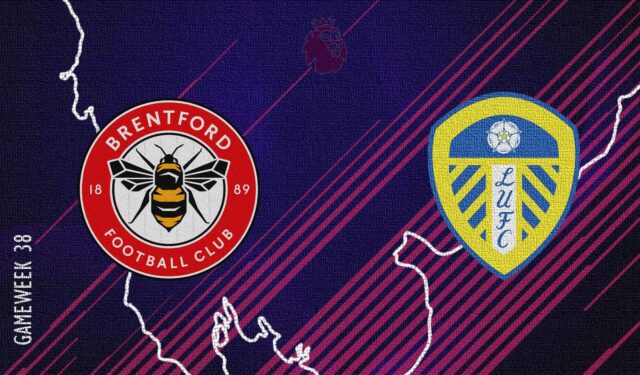 Finally ‘The Day’ has arrived and most of the teams have learned their fate but still, a few teams will have to fight out till the last minute to decide their fates. One such team who will be out playing one of their most crucial matches is Leeds United. Looking to fight for a spot in the Premier League, the challenge against Brentford.

Thomas Frank could be handed a major boost as the trio of Onyeka, Pinnock and Ghoddos could be back for the final game of the season which will mean that Zanka will remain the only absentee for Brentford.

The same just can not be said for Marsch’s team as they have a number of injuries added to the suspensions. They will definitely be without Summerville, Forshaw, Roberts and Dallas due to injuries. The red cards taken by Daniel James and Ayling could mean that the duo might not play in the Premier League for a season with Leeds in a relegation spot. But the team could be delighted with the fitness boost of Bamford, Raphinha and Jack Harrison.

Leeds United are on a life support system as they look the favourites to be the third team to be relegated this season. They sit on 35 points alongside Burnley, but with a very low G.D. which definitely can not be compensated over a single gameweek. Their fate is not solely in their hands as Burnley just have to match the results of Marsch’s team to stay in the Premier League. Although, Leeds will be hoping to give their best in their visit to Brentford and earn the 3 points and hope for Burnley to drop points against Newcastle United. The odds just are not so favourable for Leeds as they have a big list of absentees and they have to get past a team who are looking to finish the season on a high.

Brentford just does not have much to play for but a win here could help them finish in the top 10, which could be a great achievement considering it is their first season in the first division. From a point where they were amongst the contenders fighting to avoid relegation, they have worked well together to grind results and win crucial points. The last gameweek saw them make a comeback in the second half to register a win against the blue side of Merseyside. They would now be starting to prepare for the next season but culminating the season with a win will definitely cheer the team.

Leeds this season have seen a major fall and this very much has to be linked to key players missing major portions of the season. One such example has to be their talisman up top, Patrick Bamford. Believing what Marsch claimed, we could see the striker making a return in the key match for Leeds after missing months of football. The player has just managed to play in 9 matches this season and has claimed 4 goal contributions. This really has impacted Leeds’ campaign and the team has looked lacklustre in front of the goal. But his comeback could be the boost that the team needed and very well he could be their fate decider. A goal here could be the biggest not just in his career but in the history of the club as well. Brentford has not been a well-known side for their defence this season, and thus Bamford could very well utilize his abilities to be the match-winner for his team. He was the one who netted Leeds’ 95th-minute equalizer in the last encounter between the teams.

When one talks about battles, one interesting battle could be between the two strikers of the team as both the strikers are very well praised by their fans and have always been backed to hit big numbers. Ivan Toney, in his first Premier League season, has enjoyed a great season in front of the goal. He has registered 12 goals and added 5 assists in the 32 games he has featured in. Toney will still be hoping to finish the season with a few more goal contributions. He missed the last encounter between the two forces but will be hoping to have an impact in this tie. He has always been a fan favourite and thus he would be looking to please the home fans in the last match of the season.