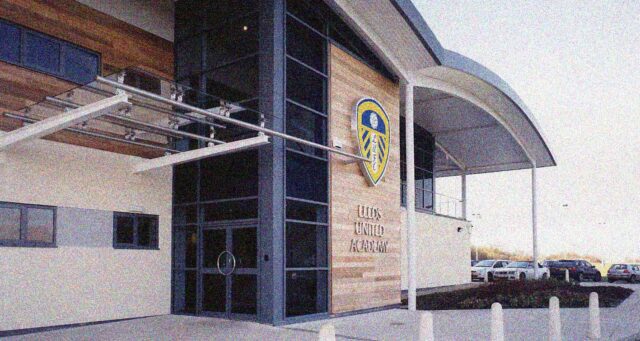 According to The Athletic’s Phil Hay, Leeds United are being financially handicapped to pay the rent for their training and academy facility Thorp Arch. This makes the club in a disadvantageous position compared to their fellow English clubs who own their own training ground.

The Peacocks’ majority owner Andrea Radrizzani has been finding it difficult to help the club financially after the Italian having a tough time trying to move the training facility closer to the city center. The Athletic correspondent shed some light on the ongoing situation which Leeds are facing.

Speaking on the Phil Hay show, he said, “They do want to move to the city centre. There’s been all this talk of a new training ground in the city centre to make it more accessible. But the fact is that they are paying huge amounts of rent for Thorp Arch as they have been on Elland Road and that handicaps you. So while other clubs have avoided all these liabilities, Leeds are still dealing with quite of them.”

From the outside, the club look like they are undergoing a dire financial situation with the Peacocks now being an established Premier League club after their promotion in the 2019/20 season back to the English first division. Despite this, the owners were determined to strengthen the first team this season with 7 new arrivals at Elland Road taking their spending to around 97 million pounds. There were big-name departures too to recoup the cash as Raphinha and Kalvin Philipps departed for a combined fee of around 100 million pounds. A net spend of less than 5 million meant Leeds were one of the few clubs to have spent wisely in the market while also adding quality and depth to their side.

A change looks like the best possible solution for the club to financially get stronger and compete with the bigger clubs. The board of directors would have a task at their hands of whether to put the club up for sale to have an owner who is willing to invest more than the current owner or to change their transfer approach and find the right investment on and off the pitch.

Moving Thorp Arch close to the city center will cost the club millions but also will be a great financial help for the club as there will be an increase in revenue and ease of accessibility for the players and fans. The academy needs to be well funded in the future and with a coach like Jesse Marsch at the helm who wants the youth to play a part in his team, it has to be a crucial part of the club.