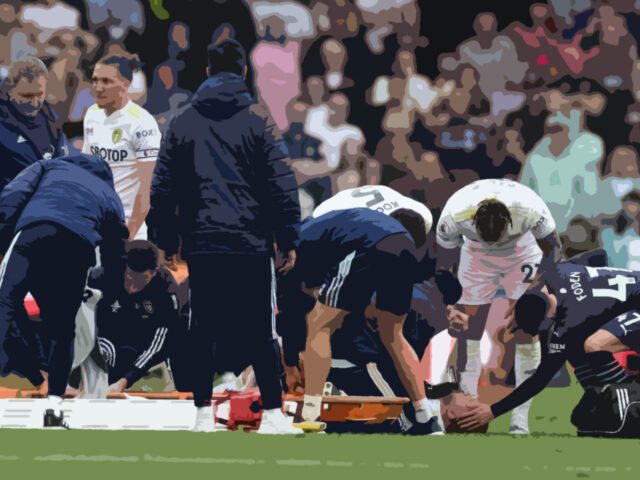 According to injury expert Ben Dinnery, Leeds United will be without six senior players against Arsenal at the Emirates stadium. Liam Cooper and Patrick Bamford have been “ruled out” of the game against Arsenal, according to Dinnery’s Premier Injuries website, while Stuart Dallas, Adam Forshaw, Tyler Roberts, and Crysensio Summerville will also miss the game due to season-ending injuries.

Arsenal, on the other hand, are expected to be missing Kieran Tierney and Thomas Partey, with ex-Leeds loanee Ben White having a 50% chance of starting. It’s time for Leeds United to dig in and save the season, since they now appear to be the favourites to get relegated based on the final 4 fixtures in which they have to face Arsenal, Chelsea, Brighton and Brentford.

Arsenal meanwhile will also give their everything in the game against the Peacocks with the Gunners involved in the top 4 race. They are 3 points behind Chelsea who are 3rd placed and 2 points clear of North London arch-rivals Tottenham Hotspur who are in 5th place. Champions League football will be crucial for Mikel Arteta with Arsenal last playing in the competition 6 years ago.

As for Leeds United, injuries have undoubtedly played a major factor in their possible doom this season, with players like Kalvin Phillips and Patrick Bamford missing extended periods of time. Since taking over the hot seat from Marcelo Bielsa, Jesse Marsch has been unable to oversee an improvement in the fitness department, with the American now missing four players until next season and another two who are also unavailable coming into a crucial game.

Leeds have just four games left to stay in the Premier League. Everton has five, while Burnley has four, but Leeds has the most difficult schedule. The remaining 4 games will be very tough for Marsch with the key players missing.