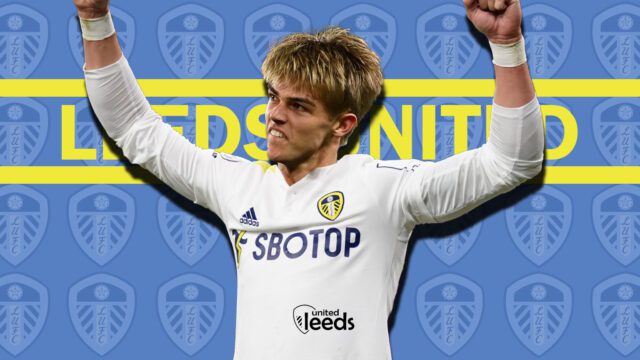 Leeds United have kept themselves busy scouting for players this season. After bolstering their squad with new arrivals such as Marc Roca, Rasmus Kristensen and Brenden Aaronson, the Whites are still on the lookout. Their hunt is yet to come to a stop. According to various media outlets, Leeds United are closely monitoring the situation of Belgian starlet, Charles De Ketelaere. This news follows hot on the heels of various clubs’ interest in Leeds star, Raphinha.

In the last few years of Leeds United’s survival in the top flight of English football, Brazilian Raphinha has had a lot of influence. With clubs such as Barcelona and Arsenal pushing for a deal for the Brazilian, his future at Elland Road is at stake. The Belgian wonderkid from Club Brugge had an outstanding season last year. In the 33 league matches he featured in, he fired home 14 goals while also grabbing 7 assists. For a 21-year-old youngster, these are already impressive stats. The player’s outstanding adaptability is what sets him apart. He has the height and the body structure to grow into a top striker, while he also possesses the qualities to be a decent playmaker. Although he’s still figuring out his best position, Charles has excelled in almost all of the attacking positions for his club.

The bottom line is that De Ketelaere, because of his movements, positioning, and awareness of space, has the ability and confidence to feel at peace on the pitch regardless of his function in the offensive department. He possesses “strength, technique, grace, and class,” and Leeds believes they are the best place for a player of his quality to continue developing. As evidenced by their summer transfer business, United have demonstrated signs of reconstruction under Marsch. He should develop further under the guidance of a capable and stimulating coach in a setting that is both ambitious and protective. With the FIFA World Cup knocking at the door, Charles will be eager to make a significant move and further develop his game to get a nod at the World Cup later this year.