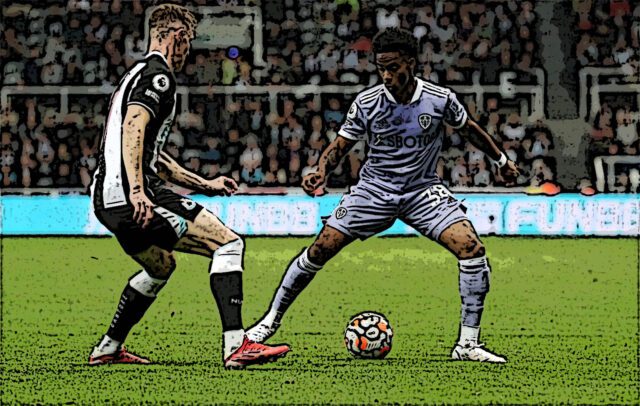 Crysencio Summerville moved to England from Dutch Club Feyenoord in the summer of 2020. The Dutch winger was signed initially for the Leeds U-23 side but got his first-team call up this season with Marcelo Bielsa left impressed with the Dutchman’s stellar performances for the youth team. Since then, things haven’t gone as planned with Summerville struggling to get minutes in the first team. The likes of Jack Harrison, Raphinha and Daniel James are ahead of the 20-year-old in the pecking order and resulted in the right-winger having only 6 substitute appearances this season in the Premier League.

In January, the player communicated his plea to Bielsa to leave the club on loan or permanently in search of gametime elsewhere. Rangers and Hamburg are the two clubs who hold an interest in the player and a move in the summer was likely to be on the cards for the Dutchman. The sacking of Marcelo Bielsa turned out to be a turning point for Crysencio Summerville. Jesse Marsch, who took over the club has had a track record of building squads with a blend of youth and experience at his previous clubs was a major factor in Summerville staying till the end of the season.

The 20-year-old winger got his first PL appearance under Marsch in the 3-0 win against Watford. Speaking about Summerville – along with fellow young attacker Sam Greenwood and Joe Gelhardt, Marsch was quoted by Leeds Live as saying: “I’ve got to find ways to include Summerville, Cree, more, so all three of [Summerville, Joe Gelhardt and Sam Greenwood] are going to be big players here and are important for us moving forward.”

The appearance at Vicarage Road could be the beginning of a fresh start for Crysencio Summerville under Jesse Marsch who was in the stands in the recent match between Leeds u-23 and Crystal palace u-23 in which Summerville scored a hattrick taking his goalscoring tally to 6 in 12 appearances in PL 2.

With a host of young players being recruited at Elland Road by Victor Orta, the Director of Football, the future of Leeds United’s future is in safe hands and the likes of Gelhardt, Greenwood and Summerville will certainly have a key role under Jesse Marsch.