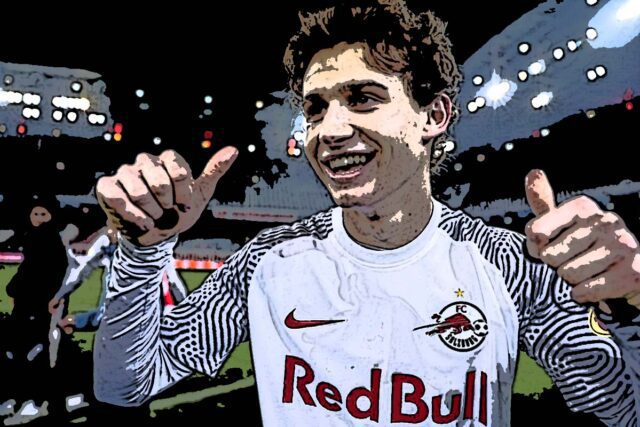 Conor Gallagher has been one of the underdogs of this season. He has performed exceptionally well for Crystal Palace and has been one of the dangerous players for the team. Leeds United had been targeting him since he was at Chelsea but he chose to go to Palace instead. Marcelo Bielsa has been trying to find an alternative for Gallagher and it seems that is he has found it.

According to The Athletic, Leeds United have reportedly attempted to entice 21-year-old Brenden Aaronson from Austrian champions FC Red Bull Salzburg with a bid of 15 million pounds.

The attacking midfielder is a United States citizen and has three goals and seven assists in 26 appearances across all competitions this season for Salzburg since joining from Philadelphia Union in MLS.

Aaronson is described as a ‘half-winger’ as he is capable of playing in the final third through the wide as well as the central channels. He is equally effective in the middle part of the pitch as well.

According to football statistics database FBRef.com, Aaronson has averaged 27.84 pressures per 90 in the Champions League for the Austrian side this season. This statistic places him among the top 1% of attacking midfielders and wingers across Europe’s top five leagues. Similar to Gallagher, he is a tenacious attacking player without much physical presence which can be used to his advantage. Bielsa is known to favor players who can press up high the pitch successfully and Brenden Aaronson fits the criteria perfectly.

Will Leeds United finally be able to secure their first transfer target for January, let us know?