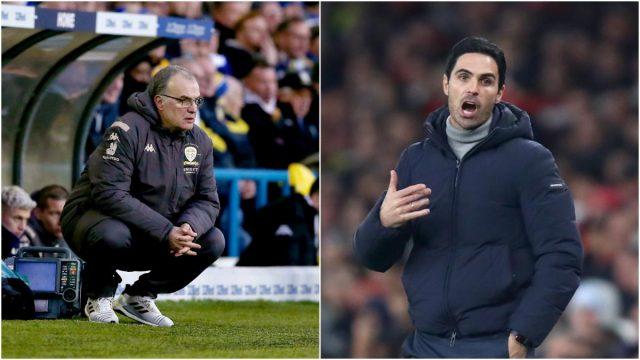 Leeds United will host Arsenal on Sunday for the first time in the league since 2003/04 season and both sides will go all out for the points at stake.

The Whites were impressive in their matches against Liverpool, Manchester City and Aston Villa this Premier League season, but have been inconsistent in their last two matches as they lost by 4-1 against Leicester City and Crystal Palace respectively.

Arsenal’s 3-0 loss at home to Aston Villa will be a motivating factor for the team to get their fifth win of the season.

Marcelo Bielsa side have lost some key players to injury and COVID-19, but the good news is that Kalvin Phillips and Rodrigo Moreno are back in training. Having them out of the team affected them in both attack and defense. Jamie Shackleton is a doubt for this match, while Berardi, Forshaw and Diego Llorente are still out injured.

The signing of the season for the Gunners have been Thomas Partey, and Mikel Arteta has confirmed that he will miss the game as a result of the injury he suffered against Aston Villa. Mohamed Elneny, who is also having a good season is out due to isolation. He tested positive and he’s presently isolating in Egypt. Apart from those two, the first team is stocked with players who are capable to the job against Leeds Untied. Granit Xhaka and Dani Ceballos will definitely come in for the absent duo. Willian’s unauthorized travel to Dubai has been dealt with internally, according to Arteta in his press conference.

Both sides will be out for the three points and this promises to be an explosive encounter with goals from both teams. The coaches styles are similar and there’s much respect from Arteta to Bielsa. The team which adapts better will surely come out victorious.