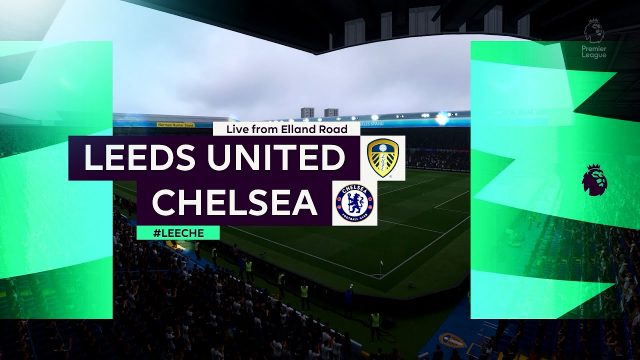 The 2020/21 Premier League season is slowly coming to an end and the great part about this, for the neutrals, is the unpredictability about who will be participating in the European leagues next season. Two of the 7-8 teams who live in this uncertainty are, Leeds United and Chelsea, who are set to face each other on Saturday afternoon.

Things couldn’t be going any better for Thomas Tuchel as he has not lost a game since his arrival over a month ago, and the likes of Werner and Kai Havertz are finding their feet again. Chelsea with their win over Everton last weekend comfortably sit in 4th place, but they would be wary of West Ham, Everton, and Tottenham because a loss against Leeds on Saturday would mean that all three of those teams could overtake Chelsea due to an extra game in their hands.

Leeds United without a win in two would be planning on going full throttle against Chelsea but a win in this fixture looks extremely hard for the Whites. However, Marcelo Bielsa & co. would be going into this game fearlessly and if there is something that Tuchel and co have struggled against, it is teams who opt for a low block and keep pressing the oppositions midfield line and Leeds could use this to their advantage.

How will Tuchel set up?

Thomas Tuchel has been rotating the squad quite a bit since his arrival and Saturday will be no different, given the fact that Chelsea are also set to face Atletico Madrid next week in their all-important 2nd leg against the Spanish oppositions in the Champions League Round of 16 ties. However, players like Mount, Kante, Giroud, Chilwell, Rudiger were all on the bench for the Everton game and they deserved some rest after continuously playing in 5 games over 2 weeks.

Tuchel would vary of Leeds United’s attacking prowess with Raphinha, Bamford, and Klich – all major threats to the Chelsea backline, that has been only penetrated by one opposition player under the Thomas Tuchel era. We could see Kante and Kovacic back in a midfield pivot while Chilwell and Hudson-Odoi could be named as the wingbacks. Leeds’ severe pressing game would require the likes of Mount and Werner on the wings, as they are capable of punishing opposition defences on counter-attacks. It remains to be seen who Tuchel opts for through the center as both Kai Havertz and Olivier Giroud are viable options for that role.

Alternatively, Tuchel could also play Werner through the center and bring in Hakim Ziyech on the wing as the Moroccan’s creativity could be key against the Whites. We could also see the return of Thiago Silva in defence, but given the form of the back 3, it would be incredibly ruthless to bench any of them.

Thomas Tuchel would demand a win from his side as he knows that any slip up now could prove to be extremely fatal in the race to the Top 4.

Marcelo Bielsa is widely known for his intensive research methods and in his team’s last fixture against the Blues in December, it was Leeds United who opened the scoring through Patrick Bamford. However, Chelsea went on to win the game 3-1 but it showed the quality of Leeds to catch opposition defences out in a matter of seconds.

Bielsa would be aware that losing 3 games on a trot would all but completely derail their hopes for the Europa League, and the Argentinian might resort to some conservative methods this time around. Chelsea are very adept at playing through the press so Leeds United would be better off counter- attacking Chelsea through the wings, as Azpilicueta and Rudiger are not as fast as they used to be and the pace of Raphinha, Stuart Dallas, Jack Harrison, Helder Costa & Mateusz Klich can bother the Blues backline.

Chelsea will be going in as heavy favourites but if there is something Marcelo Bielsa loves, it is upsetting the odds.