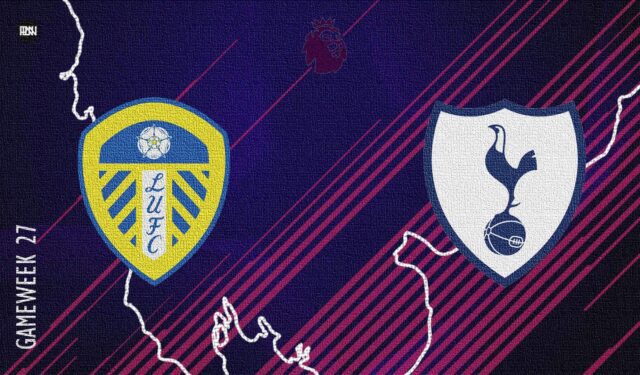 Leeds United host Tottenham Hotspur on matchday 27 of the Premier League with both the teams coming into the fixture on the back of a loss. The host were humiliated last time out at Anfield against Liverpool who emerged victorious by 6 goals to nil which was their second-biggest loss this season after a 7-0 drubbing at the hands of the champions Manchester City earlier in the season. Spurs travel to Leeds with a point to prove after losing 1-0 to Burnley at Turf Moor which was followed by an angry post-match press conference by head coach Antonio Conte who went on to say, “The club has to make an assessment to understand what is the best solution. This club has changed coaches, but the players are always the same, and the results have not changed. I cannot accept continuing to lose.” These statements certainly raised eyebrows and the players will be looking to improve the situation with a win.

Marcelo Bielsa has been enduring an injury-hit season throughout but he has players returning for the match which is a big boost for the side who have conceded 10 goals in their last 2 games and conceded 56 goals in the league so far which is the worst in the league. Patrick Bamford and Kalvin players are set to miss the game due to long term injuries with Robin Koch and Diogo Llorente returning from their respective injuries.

Spurs will be without their January signing Rodrigo Bentancur who was replaced at halftime against Burnley. Oliver Skipp and Japhet Tanganga will still not be able to participate as the former is nursing a groin problem and the latter faces the entire month of February on the sidelines with a knee injury.

The Brazilian winger has been exceptional this season and has really stepped up in the absence of Patrick Bamford who is their main striker. He has scored 9 goals this season and provided 2 assists in 23 matches this season which contribute to 40% of Leeds United’s goals this season. Raphinha will be pivotal against Spurs who have looked vulnerable in defence and his ability to pick the right pass everytime he gets the ball is something Daniel James will be looking to thrive off with his pace.

Kane had a poor start to the season but was able to find his form netting 17 goals in all competitions with 7 of those coming in the Premier League. The leaky defence of Leeds United and the space they leave in the middle of the pitch during transitions will be certainly capitalized by Antonio Conte who has instructed Kane to play more as a false 9 and drop deep during the build-up. Harry Kane’s partnership with Son will be a major threat to Marcelo Bielsa’s men with the duo combining with each other to score 36 times in the Premier League during their time at Spurs which is level with Didier Drogba and Frank Lampard’s all-time Premier League record of combining 36 times. This is a suitable match wherein Kane and Son can combine and create history along with coming back to London with 3 points in the bag.